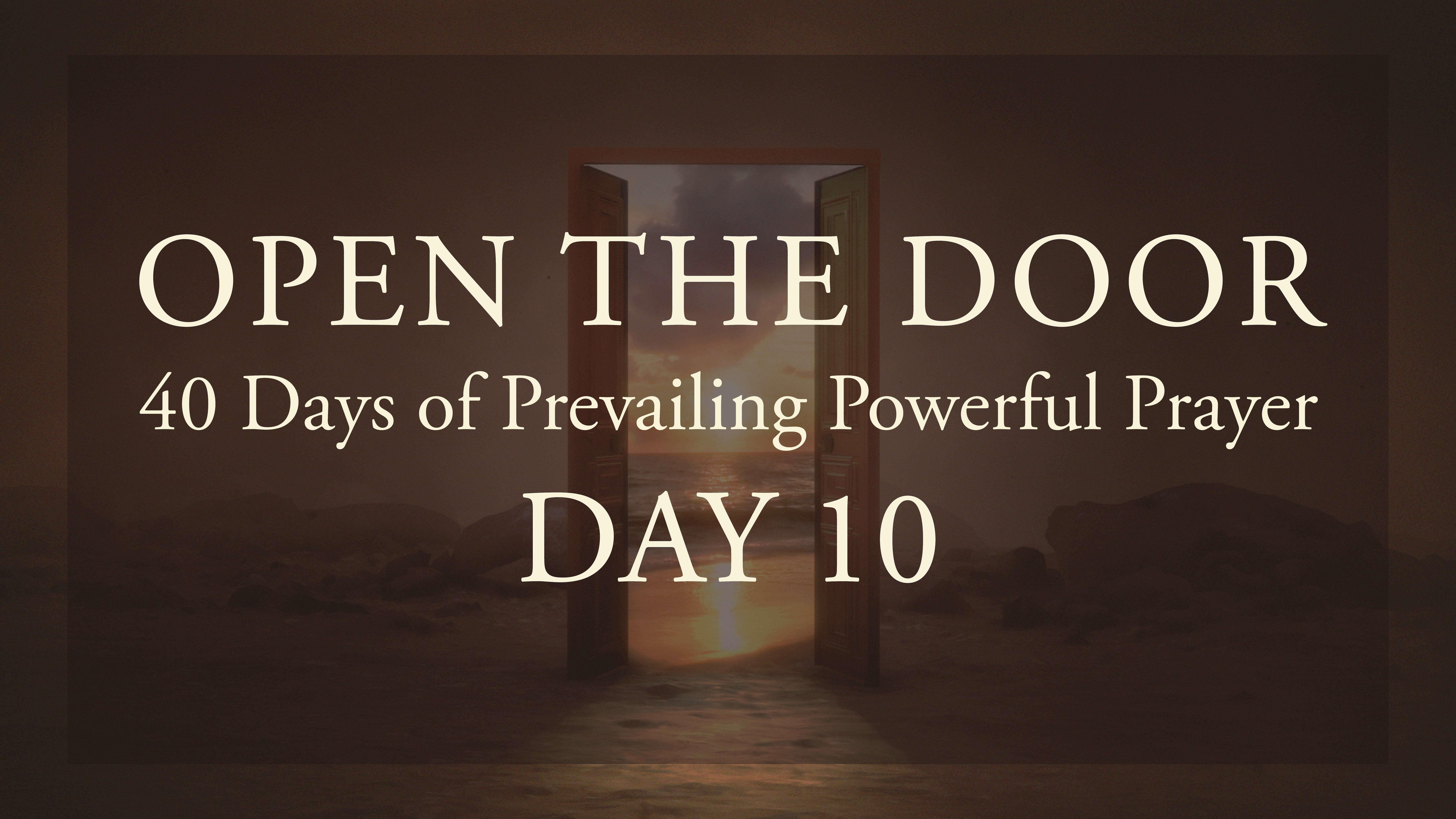 “For I know the plans I have for you, declares the Lord, plans for welfare and not for evil, to give you a future and a hope. Then you will call upon me and come and pray to me, and I will hear you.” (Jeremiah 29:11-12)

My friend Wesley pastors a church in Fort Worth, Texas. For many years, Wesley took teams down to Haiti to work with a pastor named Alphonso. Around 1980, Alphonso started his church with a grand vision of seeing many adults come to Christ. In the first years, he tried and worked and prayed, but no one wanted to start a church with him. No one would come to worship. He felt defeated and didn’t know what to do.

Then he noticed that many youth and children would come and see him. They had a lot of needs. Alphonso began to serve them, providing food and school uniforms. Eventually, with God’s help, he built a school. That led to starting a medical clinic and then a hospital. Finally, he built a sanctuary for worship.

Everything changed in 2010 when a massive earthquake rocked Haiti and killed two hundred thousand people. Thankfully, the earthquake hit during the recess of his school while all of his children were outside playing soccer. Every one of his buildings collapsed. Had they been inside, they would have all died or been injured.

Alphonso saw the damage and was distraught. He told my friend Wesley that this was his prayer: God, it took thirty-four years to build all of these buildings, but it only took thirty-four seconds to bring them all down.

He told God, “I’m done.” Alphonso made plans to leave with his wife and move to Florida, where they would live with his extended family.

But before they were leaving, a child came to him and said, “Pastor Alphonso, who will care for us if you leave?” He decided that was a message from God, and he stayed. He rebuilt the school and a little sanctuary. He brought in children who were left fatherless and motherless.

Can you imagine the crisis of faith that might come if everything you had worked for was torn down in a minute?

As kids, we probably all grew up hearing the prayer, “God is great, God is good. Let us thank him for our food.” From that brief prayer, we learn that God is both great — full of power and majesty — and good — doing good for people.

Some churches start their worship service by saying, “God is good,” and the people shout back, “All the time. And all the time, God is good.”

The Bible makes the bold claim that God is good all the time. Psalm 23:6 says, “Surely goodness and mercy shall follow me all the days of my life.”

Through Jeremiah, God says, “I’ve got good plans for you. I have a future that I want you to enjoy. My plans aren’t going to bring evil to your life, but good.”

One of the reasons we struggle to believe in God’s consistent goodness is circumstances. Life can knock the breath out of us. I once saw on social media a touching video of a wedding where the groom surprised his bride by having her students serve as ring bearers. The video showed the smiling children coming down the aisle dressed in beautiful dresses and little tuxedos. Every one of the children had Downs Syndrome. The bride and groom were crying. All the wedding guests were crying. I was crying! It was a picture of heaven.

We know that children with Downs Syndrome are full of blessing and so much love, but when they are born, parents can feel the weight of raising a child with so many struggles. They might find themselves asking, “God, why is this happening?”

I know many women who have experienced infertility or miscarriages. Some have lost children after fifteen or even twenty weeks of pregnancy. In those circumstances, it’s not hard to wonder, “God, are you good?”

George Müller trusted in God for everything, but he wasn’t shielded from trouble. He suffered as he sought to care for children while completely depending on the Lord. In fact, there was at least one season where he almost reached a breaking point. It happened in 1841.

Here’s what he said in his Narrative:

December 18, 1841: There is now the greatest need, and only fourpence in hand… yet I fully believe the Lord will supply us this day also with all that is required… The Lord was saying by this poverty, ‘I will now see whether you truly lean upon me, and whether you truly look to me.’ Of all the seasons that I had ever passed through since I had been living in this way, up to that time, I never knew any period in which my faith was tried so sharply as during the four months from December 12, 1841 to April 12, 1842.

February 12, 1842: Never since the funds were for the first time exhausted had there come in less during any week than during this.

February 15: Greater than now our need had never been. Our trials of faith have never been so sharp as during this week.

Time and time again, Müller discovered that God was faithful. God provided when the need seemed unbearable. He trusted in God’s word that proclaimed that God is good all the time.

"The Lord is always good,” declares Psalm 100:5 (LB). “He is always loving and kind, and his faithfulness goes on and on to each succeeding generation.”

“The Lord, the Lord God, merciful and gracious, long-suffering, and abounding in goodness and truth...(Exodus 34:6, NKJV).”

“The Lord is good, a stronghold in the day of trouble; He knows those who take refuge in Him (Nahum 1:7, ESV).”

The greatest way that God’s goodness is revealed is in giving us his Son, Jesus Christ. Jesus laid down his life for us. In Romans 5:6-8, it says that while we were still sinners, Christ died for the ungodly.

In other words, we were nowhere near good. We didn’t deserve anything from God. Even the good things that we do — our good acts, our acts of kindness, our giving to others — Paul says in Philippians that none of those can earn us God’s love. He says that they are like garbage or filthy rags compared to the gift of Jesus Christ.

God’s good gifts to us have nothing to do with our worth or merit. They depend entirely on God’s worth and merit.

Where do you struggle to trust in God’s goodness today?

You may not know what the future holds, but God knows the plans God has for you. They are good plans. They are the best plans you could have. No matter how bad your circumstances get, you can trust that your life is going somewhere good when you trust in God.

Believe God is good. Ask in faith for what you need.

Prayer Principle #10: God’s goodness will follow you all the days of your life.