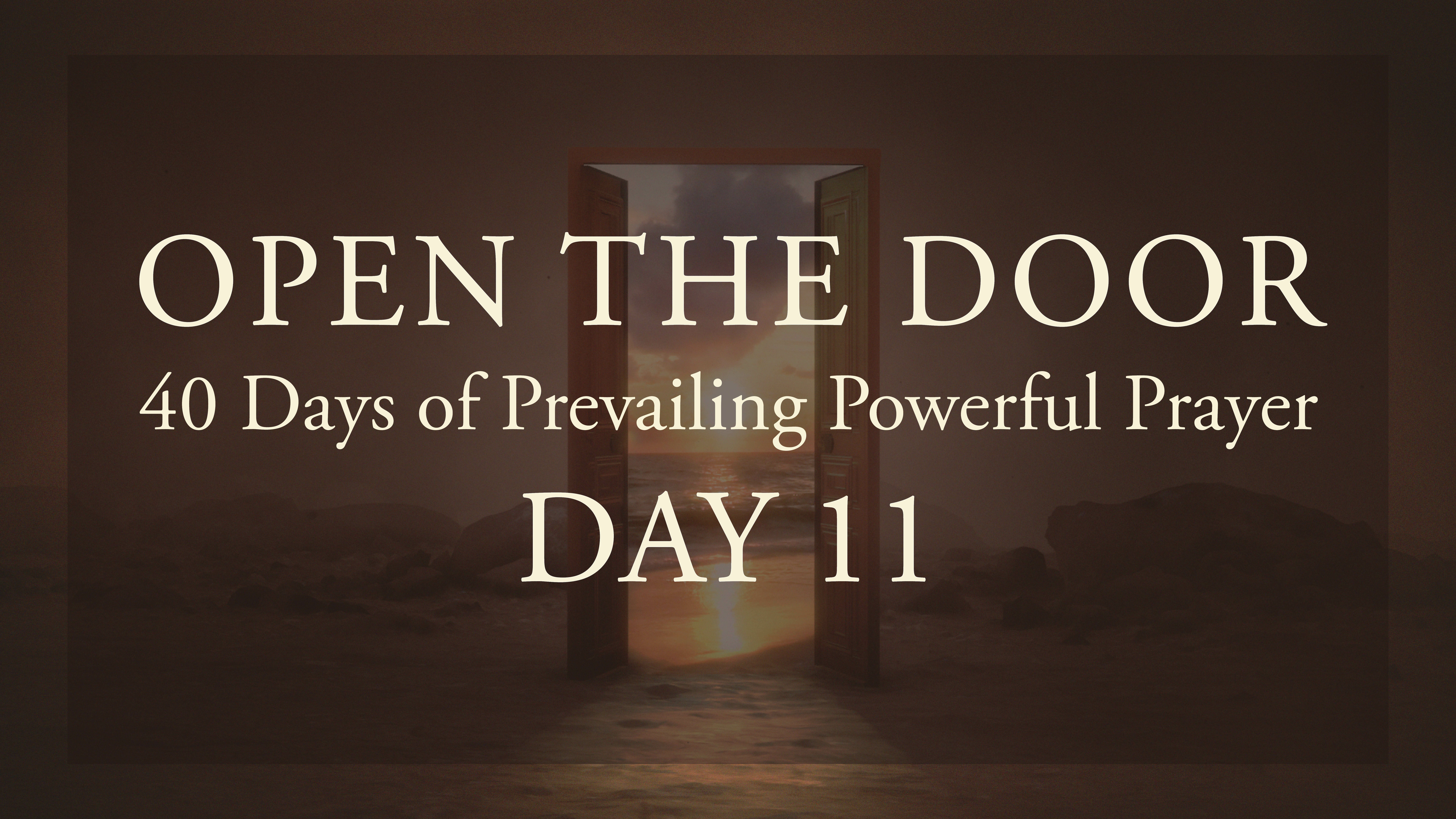 "Therefore I tell you, whatever you ask for in prayer, believe that you have received it, and it will be yours (Mark 11:24, NIV).”

When we moved from Dallas to Knoxville, my wife Jen and I had an opportunity to put believing prayer into practice.

Ten years beforehand, as we moved from Birmingham to Knoxville, we tried to sell our home in the wake of the 2008 recession. After six months, we felt discouraged. When a year had passed, and the home still had not sold, we began to worry. At the two-year mark, panic started to set in as we wondered if we would just have to walk away and face foreclosure. Two years and four months after we listed the home, we finally sold it for less than we had paid for it. It felt awful.

But God is good. We knew we were called to Dallas. In the last decade, we met so many wonderful people and saw God’s hand at work again and again. Both Jen and I grew in dependence on prayer and faith.

The calling to Knoxville has been just as sure. I confess, however, that the prospect of selling our home in Dallas brought back bad memories of sleepless nights and dwindling savings. We committed to praying together and individually for a quick sale. We believed in faith that it would sell in short order.

Daily I asked God to sell our home. We also had an amount in mind that we hoped to see paid for our home. Jen and I would pause and pray together whenever we had a showing alert. We waited and waited. Weeks went by with multiple showings, some buyers coming back for a second look, but no offers. Finally, one Friday, I felt dispirited and prayed, "God, I am asking in faith that we would have an offer by Sunday." I believed that it would happen.

On Saturday, we had a showing, and the same family came back the next day. They expressed an interest that suggested that they would make an offer.

I wondered what had happened. Had I not prayed with sufficient faith? Had I been presumptive with God, too demanding, wanting God to act on my timetable?

Strangely, I wasn’t down. I felt like the second showing, and at least the prospect of an offer, was like a sign from God. It was God saying, “I am with you, and I am working. Don’t be discouraged. Keep praying and trusting.”

It was like a little deposit on a promise that God was going to fulfill.

I am learning that sometimes God works this way in prayer. We might pray and wait for something, believing that God will bring it about, but in God’s timing, it doesn’t happen when we want it to happen. Through God’s mercy and great love for us, God encourages our faith with small signs that one day the prayer will be answered in a large way.

God delights in being asked and takes pleasure in our persistence in prayer. God isn’t put off when we ask for help again and again. In fact, Jesus taught that sometimes that’s how we must pray to see the miracle come about.

We may think that such gifts and discoveries and doors will be opened in an instant, but what if God answers prayer in deposits and guarantees until all is fulfilled?

God has given the Holy Spirit to us as a sign that one day we will be completely renewed in Christ. “He has identified us as his own by placing the Holy Spirit in our hearts as the first installment that guarantees everything he has promised us (2 Corinthians 1:22, NLT).”

There is a similar spiritual dynamic at work when we pray.

George Müller often found himself waiting for answered prayer — for example, ten pounds for the day’s expenses — but rejoiced when a smaller amount — say, five shillings — was given, because it showed him that God was moving for the good of Müller and the orphans under his care.

In 1845, when he began to ask God daily for ten thousand pounds for the building of the first orphan house, for thirty-five days not a shilling was given. He comforted himself with the word from James 1:2-4, especially God’s teaching, “let perseverance finish its work.” Müller asked God to increase his faith and sustain his patience.

On the thirty-sixth day, December 10, 1845, he received one thousand pounds toward the new building. Müller recounts that he was as calm and quiet as if he had only received one shilling. Day by day, he was expecting an answer to the prayer. Therefore, the donation didn’t surprise him.

Three days later, he received not funds but a promise from an unknown Christian architect that drawings for the new home would be freely offered.

On day fifty, nothing more had been given. It would be understandable if Müller had thought, “God, why did you send this money but none other? Why would you only give a small amount when so much is required?”

However, Müller states, “This morning I have been particularly encouraged by the consideration that the Lord has sent me one thousand pounds, and the promise from that pious architect, whom I have never seen, and of whose name I am yet in ignorance, not to mock me, but as an earnest that He will give all that is needed.”

When we pray for years for a prodigal son or daughter to come home, we can rejoice when a godly friend comes into their life.

When we pray for God to supply means to embark on a new career path, one we believe God desires for us, we can rejoice when a new contact is made or a portion of the means is given to us.

When we ask God for help in being reconciled to a family member, we can rejoice when at least a small sign of reconnection or forgiveness is given.

On the Monday evening after Sunday’s disappointment, I gave God thanks for at least some strong interest that had been shown in our Dallas home. I asked God again to sell our home, and quickly.

Two days later, we had an offer. It was exactly the amount that we hoped for in selling our home.

Brothers and sisters, don’t give up. Keep believing that God has heard your prayer. Keep asking again and again in faith. Look for deposits on the fulfillment of those prayers.