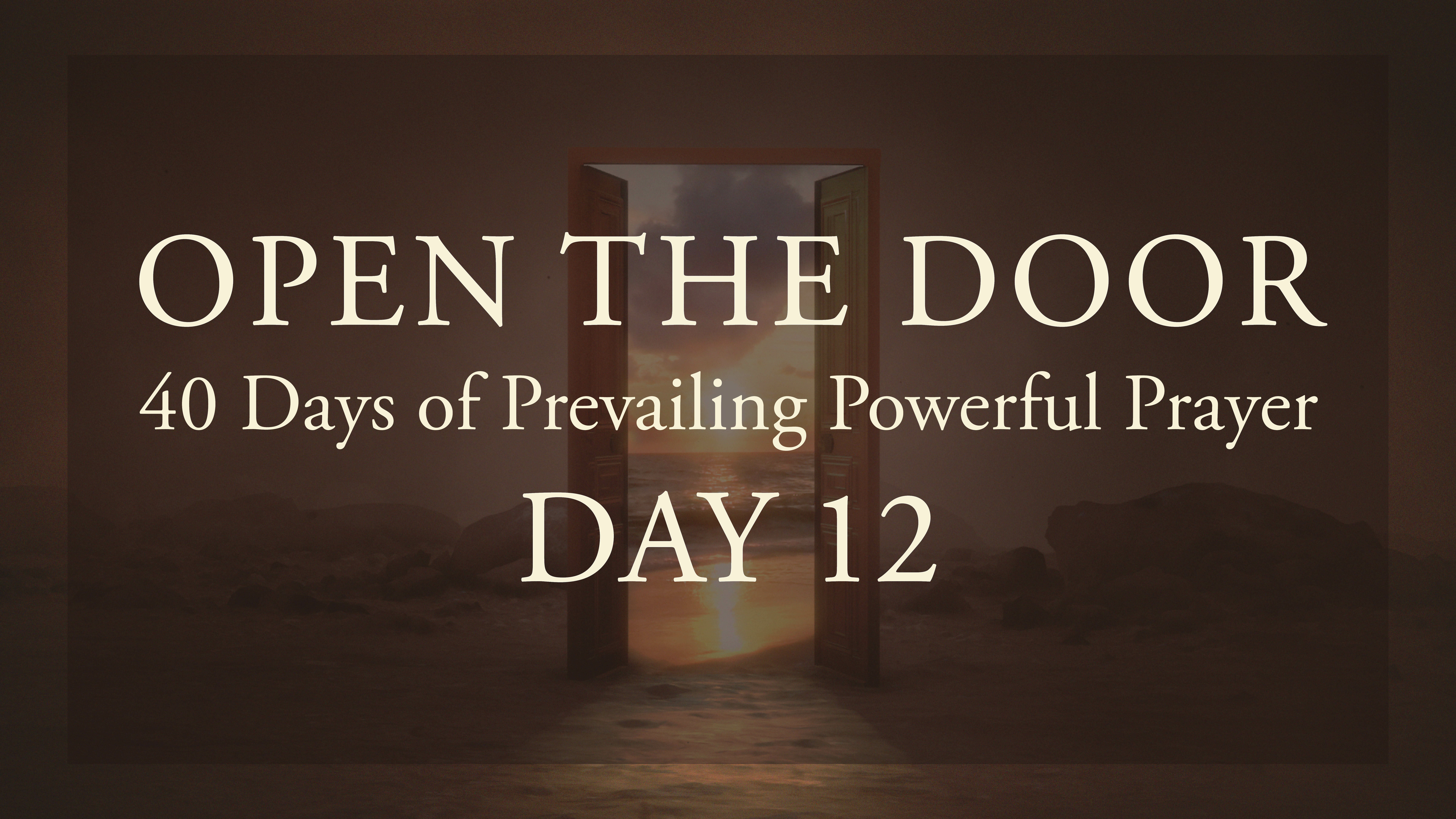 “I call upon the Lord, who is worthy to be praised, and I am saved from my enemies…In my distress I called upon the Lord; to my God I cried for help. From his temple he heard my voice, and my cry to him reached his ears (Psalm 18:3,6, ESV).”

For four decades, Ramon Gonzalez ran a small barbershop on Jefferson Avenue in the heart of Oak Cliff in Dallas, Texas. He was a gentle, humble man who remarkably not only worked in the same shop but stood in the same spot all of those years. I loved going to see him because I knew I would get more than a good haircut. I would also receive some wisdom and encouragement.

A few years after I started visiting Ramon for a haircut, he sold his business but kept working there. Then it sold again. Ramon kept cutting hair, same spot. He didn’t like how the new owners ran things, but he often spoke of his faith in the Lord and how God was helping him stay steady.

One afternoon I was getting a haircut when a man came through the backdoor. He was screaming and cursing, out of his mind.

He made his way to the front of the shop where the new owner was cutting hair. It turns out that the irate man had been fired that morning. Now he was back and threatening to kill the owner.

“Ramon, we need to call the police,” I said. “This could escalate.”

I wasn’t convinced. Truthfully, I felt afraid. So I asked for the phone and called the police. Looking back, it was surreal to be talking to the 911 operator while Ramon calmly continued to cut my hair.

The deranged guy finally left. Everyone breathed a sigh of relief. The police then showed up and said if he came back, call them again. I paid Ramon and went home.

A few hours later, I was having dinner at a neighborhood café when I heard helicopters overhead. The police were looking for someone. My mind immediately thought of the barbershop, and I wondered if anything had happened.

Charles Dewayne Hooks is now in jail for the murder of his former boss, Alejandro Fernandez. Fifteen minutes after I left, he returned and shot the owner in front of everyone.

I felt like God had protected me and others, including my friend, Ramon. Amazingly, Ramon said that he had not been afraid as he witnessed this violent crime. He knew that God was his protector.

David also knew that his protection came from God. He wrote Psalm 18 in response to the time when Saul was out of his mind. Saul was determined to kill David and his companions. Scholars don’t know exactly where David was hiding, but he was likely in the desert. He was close to his Bethlehem hometown but feeling very far away from home.

David was in the lowest moment of his life (that is, until his epic failure with Bathsheba). Hiding in a cave, David felt all alone. He was away from everything he knew and everything he depended on.

Psalm 142 reveals his heart: “I cry aloud to the Lord; I lift up my voice to the Lord for mercy. I pour out before him my complaint; before him I tell my trouble. Look and see, there is no one at my right hand; no one is concerned for me. I have no refuge; no one cares for my life (1-2, 4).”

No one except for God.

In November 1847, George Müller had an experience that he would describe as a remarkable deliverance. What happened for him became a testimony for how God watches over His children.

“I was laboring for a little while at Bowness and Keswick in the ministry of the word, in October and November. When at Keswick, I stayed with my dear wife in a large boarding house, in which, however, we were then alone, except a single gentleman. Now just before we left Keswick, on the morning of November 24, I heard that the gentleman, lodging in the same house, had shot himself during the night, but was not quite dead. We had not heard the report of the pistol, it being a very stormy night and the house large.”

Disturbed, Müller and his wife left the boarding home and traveled back home to Bristol, England. Two days later, he received a letter from a Christian brother.

The tender and almighty care of our loving Father was never more over you, and indeed over all of us, than in your stay at Mrs. _______‘s (actual name left out of Müller’s journal). Mr. ____________ was quite deranged for two or three days before you left. Without any control, he had been walking about his room for the last two days and nights, with loaded pistols in his hands. Further, he had taken into his head that you were going to kill him. How gracious of God that he spread his wings over you, and over dear Mrs. Müller, so that Satan could not break through the fence, to hurt even a hair on your heads.”

Müller learned that the man had shot himself in the neck and chest. When he was found still alive, his room was a scene from a horror film: knives and razors on the floor, blood everywhere.

God protected the Müllers even though they had no idea of the danger just around the corner.

The Bible says again and again that God is a deliverer from enemies, both seen and unseen. God delivered Daniel from the jaws of lions, Israel from the pursuing chariots of the Egyptians, Jehoshaphat from three attacking armies, and David from the hand of Saul. 2 Samuel 22:2-4 records David’s celebration of praise when the threat of Saul was neutralized:

“The Lord is my rock, my fortress and my deliverer; my God is my rock, in whom I take refuge, my shield and the horn of my salvation. He is my stronghold, my refuge and my savior – from violent people you save me. I called to the Lord, who is worthy of praise, and have been saved from my enemies (NIV).”

What do you do when trouble comes? Do you flail about, trying to get out of your problem? Do you freeze with fear? Do you fight with a frenzy?

Here’s what you can do to receive God’s protection from seen and unseen enemies.

First, cry out for your deliverance. Ask for help from the Living God. Believe that God is mighty to save (Isaiah 63:1) and that God is only a prayer away, ready to answer.

Second, wait for your deliverance. The greatest triumph of your faith is not the big moment when God delivers you out of your worst circumstance. It’s not when you accomplish some great feat for God or when you come to the culmination of your life, achieving some great purpose.

The greatest triumph of your faith is when you come to the place of being still and knowing that God is God.

Corrie ten Boom observed, “When a train goes through a tunnel and it gets dark, you don’t throw away the ticket and jump off. You sit still and trust the engineer.”