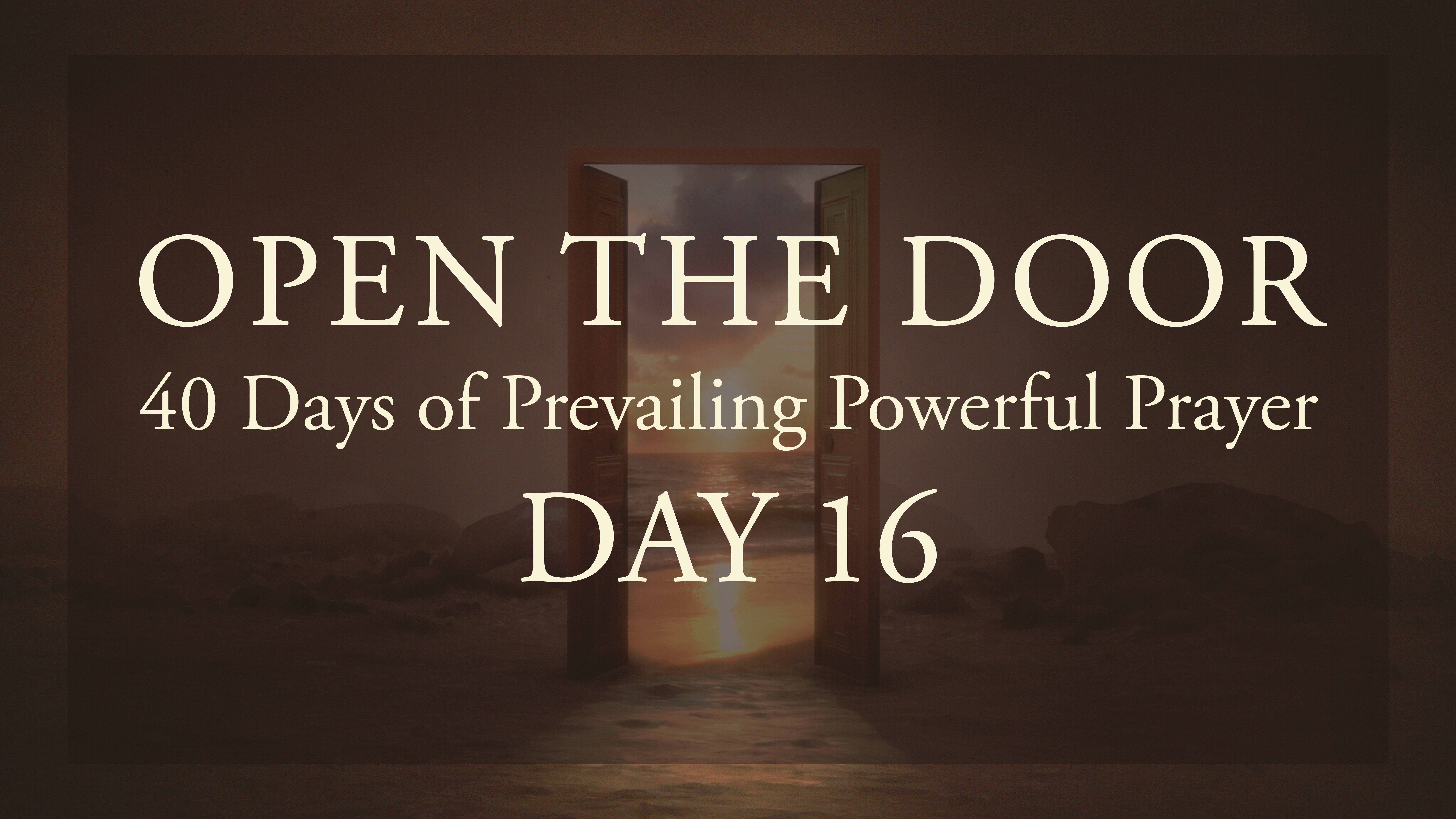 Sometimes when I read about the life of George Müller, I get a little discouraged. If faith was like a car, I drive a Model T Ford while Müller cruised in a Lamborghini. His trust was a gourmet meal compared to my fast food faith.

I take heart in knowing that Müller was not always a person of such strong faith and stellar character.

As a young boy in the 1800s, he often stole from his father. He was once thrown into jail for not paying for a hotel room. When Müller attended Bible college, he was more likely to be found at a bar or in a backroom gambling than in a scripture study group. He mocked Christians for their faith.

In short, Müller trusted in himself much more than God.

Once, he was invited by a friend to attend an off-campus Bible study. Müller thought it would be interesting to go so that later he could make fun of the believers. But he was surprised when he found that he actually liked the Bible study. He attended a Bible study the next night, then the next. He was changed by the compelling faith that he saw in other believers and their simple trust in God.

God was at work in other areas of his life, such as through the witness of a kind, older benefactor named Baron von K. By the end of the week, Müller knelt by his bedside and asked God to forgive his sins.

The change in his life was immediate. He stopped going to bars and mocking believers. He spent more time in worship, reading his Bible, and talking to others about God.

But there was a level of change that really jump-started his life of following Christ.

When Müller told his father that he felt lead to become a missionary, his father became irate. He wanted George to have a high-paying salary and not be a struggling missionary. He told George that he would no longer pay for his school.

Müller returned to school without knowing how he would pay his tuition. He decided to do something that many people, including Christians, might seem foolish. He got on his knees and asked God to provide.

To his surprise, an hour later, a professor knocked on his door. He offered Müller a paid tutoring job, and it was enough to cover his expenses. He was amazed. This was the beginning of Müller's complete dependence on God.

You have probably read or heard the words of Psalm 23 a hundred or more times. “The Lord is my shepherd. I shall not want.”

But do you believe it?

Do you believe that God will supply all of your needs and that there is nothing you will want for in this life?

My problem is that I believe it on one level, but practice life on another level. By my daily schedule or the way I practice our finances or the way I think about career and retirement, I may use the language of faith, but my actions suggest otherwise.

Of course God wants us to be wise and good stewards of all God has given us. The issue is that we generally have more than enough. In fact, we have so much that we don’t have to depend on God for daily bread or future blessing. We don’t see the excess of God’s gifts as the help others may need.

When George Müller was advancing in years, a kind donor sent him one hundred pounds to start a fund for his retirement. Before the offer, Müller had never saved a penny for his future. He trusted God to provide him with daily bread, praying for the needs of his family as well as the orphans under his care.

Müller recounts, “By God’s grace I had not a moment’s hesitation as to what to do. While I most fully appreciated the great kindness of the donor, I looked upon this as being permitted by God as a temptation to put my trust in something else than himself…”

He refused the gift, writing a thoughtful letter in a response that allows us to see the foundation of Müller’s trust. After a few pleasantries, Müller says:

“I have no property whatever, nor has my dear wife; nor have I had one single shilling regular salary as a minister of the gospel for these last twenty-six years, nor as the director of the Orphan House and the other objects of the Scriptural Knowledge Institution for Home and Abroad. When I am in need of anything, I fall on my knees, and ask God that He would be pleased to give me what I need; and he puts it into the heart of some one or another to help me.”

“Thus all my wants have been amply supplied during these last twenty-six years, and I can say, to the praise of God, I lack nothing…Of this blessed way of living none of us are tired, but become day by day more convinced of its blessedness.”

I can’t answer that question for you. You can’t answer it for me. All I know is that I look at my life and find myself ashamed of my lack of trust for daily bread and future needs.

Maybe it’s not too late for you and me.

Maybe with the time we have left, we could learn to be more generous. We could stop chasing possessions. We could let go of some of our dreams that essentially keep others from receiving a blessing of God through our hands. We could plan for retirement differently. We could fall on our knees more and ask God to provide for us so that we could spend God’s money in God’s way.

It’s not too late to trust the Good Shepherd. When you really trust, you’ll want for nothing.

Prayer Principle #16: Pray for genuine faith in the Good Shepherd.