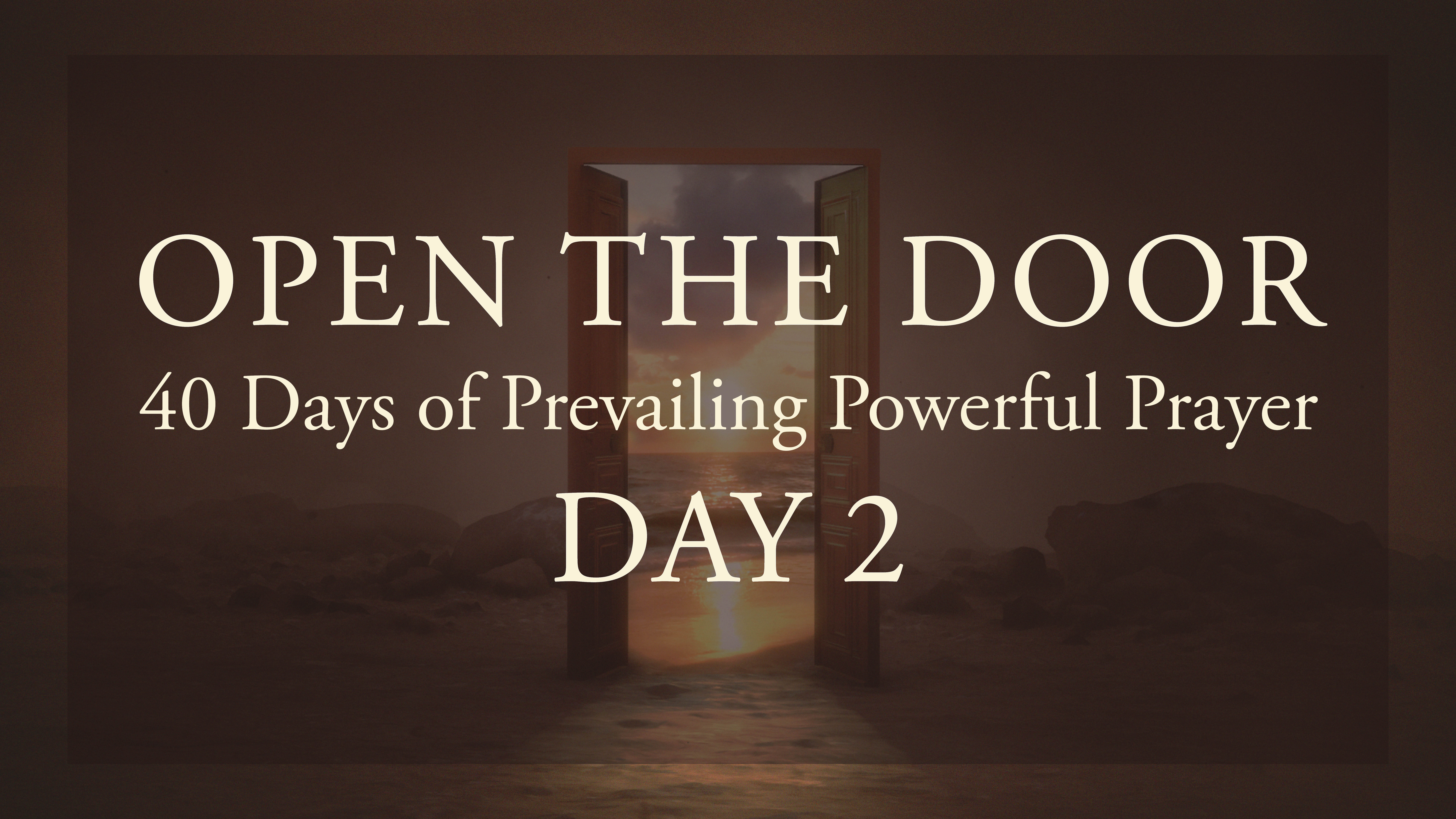 When I began to pastor a church in Dallas, Texas, ten years ago, I believed two things: 1) the sky was the limit, and 2) the task was tremendous. We needed to rebuild a core of spiritual leaders, renovate most of our space, and renew our commitment to living in the power of the Holy Spirit. It was a God-sized opportunity.

Our building supervisor, Juan, took me on a tour of the building, including the basement under the sanctuary. There I heard the faint sound of running water and wondered where it was coming from.

“There’s a stream that runs under the church,” Juan said. “When it rains, you can hear the water flowing under the sanctuary.” Symbolically, that’s gold for a church that needs revitalization. A few leaders had already recognized the centrality of re-digging old wells of prayer and faith (see Gen. 26:18). So we began to pray that God’s Spirit would fill our sanctuary from the top of the rafters to the deep stream below.

We saw so many spiritual blessings in those first years. We prayed that God would break down walls of racism, classism, and sexism. God did. Baptisms were happening almost every week. People who were addicted to drugs and alcohol were turning to Christ. Teachers and other leaders were raised up. Some were sent out as missionaries. I often thought of Psalm 126:1 during those joy-filled days: “When the LORD brought back his exiles to Jerusalem, it was like a dream! (NLT)”

But God had more in store. One of our biggest challenges was in the area of finances. We prayed that God would bring the increase and that we would be ready. We had no idea, however, the blessings that we would receive.

I had been there for about eighteen months when God opened the hearts of our church like we had not seen in decades. For ten years the church had run a deficit in giving each year. It was a real faith-killer. Each year the church came up short after pleading for more to be given, with regular givers complaining about having to shoulder too much of the load. As that year ended and we challenged people to give, however, we finished with a $250,000 surplus. We dedicated 75% of that to missions and set aside the rest for building renovation.

We were elated. But the truth is that we needed 50 times that amount to begin to renovate our spaces. So we kept praying.

One day our church administrator, Brad, called me and said that someone had left some money to the church in a will. It was big, he said. Maybe over a million dollars. By the time all of the assets were distributed, the gift was three and a half million dollars. It allowed us to make some much-needed repairs and renovate our main fellowship space.

We then challenged the church to match and go beyond the remaining amount, raising another two and a half million. As the spaces were renovated, our faith grew.

God deserves all of the credit, glory, and praise for what happened over those ten years. I couldn’t take credit if I tried. I do believe, however, that seeking the Lord and asking for help was crucial.

How much faith do you have? Is there enough to dream big, then ask for what you need?

When the idea of establishing an orphanage entered George Müller’s mind, for the first two weeks, he prayed only that if it was God’s dream, God would bring it about. If it was not God’s will, then Müller asked that God would graciously remove the thought from his mind. He knew that God would be pleased in caring for fatherless and motherless children, but he didn’t know if God wanted him to be the instrument to bring it about.

Therefore, he didn’t ask for provisions, plans, or people to work in the orphanage. He only asked that God would confirm that it was God’s will.

“I was reading Psalm 81 and was particularly struck, more than at any time before, with verse 10: ‘Open your mouth wide and I will fill it.’ I thought a few moments about these words, and then was led to apply them to the case of the orphanage. It struck me that I had never asked the Lord for anything concerning it, except to know His will…I then fell to on my knees and opened my mouth wide, asking Him for much. I asked in submission to His will, without setting a time when He should answer my petition. I prayed that He would give me a house, either as a loan or that someone might be led to pay the rent for one, or that one might be given permanently for this purpose. Further, I asked Him for 1000 pounds and for suitable individuals to take care of the children.”

Notice that Müller didn’t pray for provision first. He didn’t start with a laundry list of what he thought was required. Instead, he asked God to reveal whether God wanted to use Müller for this purpose.

Second, notice that when Müller began to pray, he knew how to pray. He opened his mouth — literally — and out came the words that glorified God as His servant asked for what he needed.

“When I was asking the petition,” wrote Müller, “I was fully aware of what I was doing. I was asking for something that I had no natural prospect of obtaining from the people whom I knew, but which was not too much for the Lord to grant.”

Eighteen months later, Müller noted in his journal that the last 5 pounds had been given to complete God’s gift of 1000 pounds to the orphanage.

Müller didn’t know how the 1000 pounds would come, but he trusted that God would do it. He believed that when he opened his mouth wide, God would fill it.

I wonder if we sometimes make one of two missteps when it comes to prayer. The first one is to rush in too quickly to ask for what we think we need. The second one is to fail to open our mouths wide — really wide — so that God can fill us and bless others through us in a tremendous way.

The key of faithful prayer is found in knowing that you have no natural prospect of gaining what God wants to provide. It’s all grace. It all belongs to Him. Everything you are and everything you have is given by the grace of God.

I don’t know how God wants to bless you. But I do know this. Like that sanctuary in Dallas, underneath your life is a deep stream of God’s blessing. God wants to fill you from that stream. Prayer is the well.

Maybe your prayer today is, “God, help me to pray God-sized dreams. I want to know how to pray according to your will, for your glory.”

If not that, then perhaps your prayer is, “God, today I am opening my mouth wide that you would fill it. As from my mouth come praises and thanksgiving, fill me with everything you desire, so that I can bless others.”

Ask for what you need.