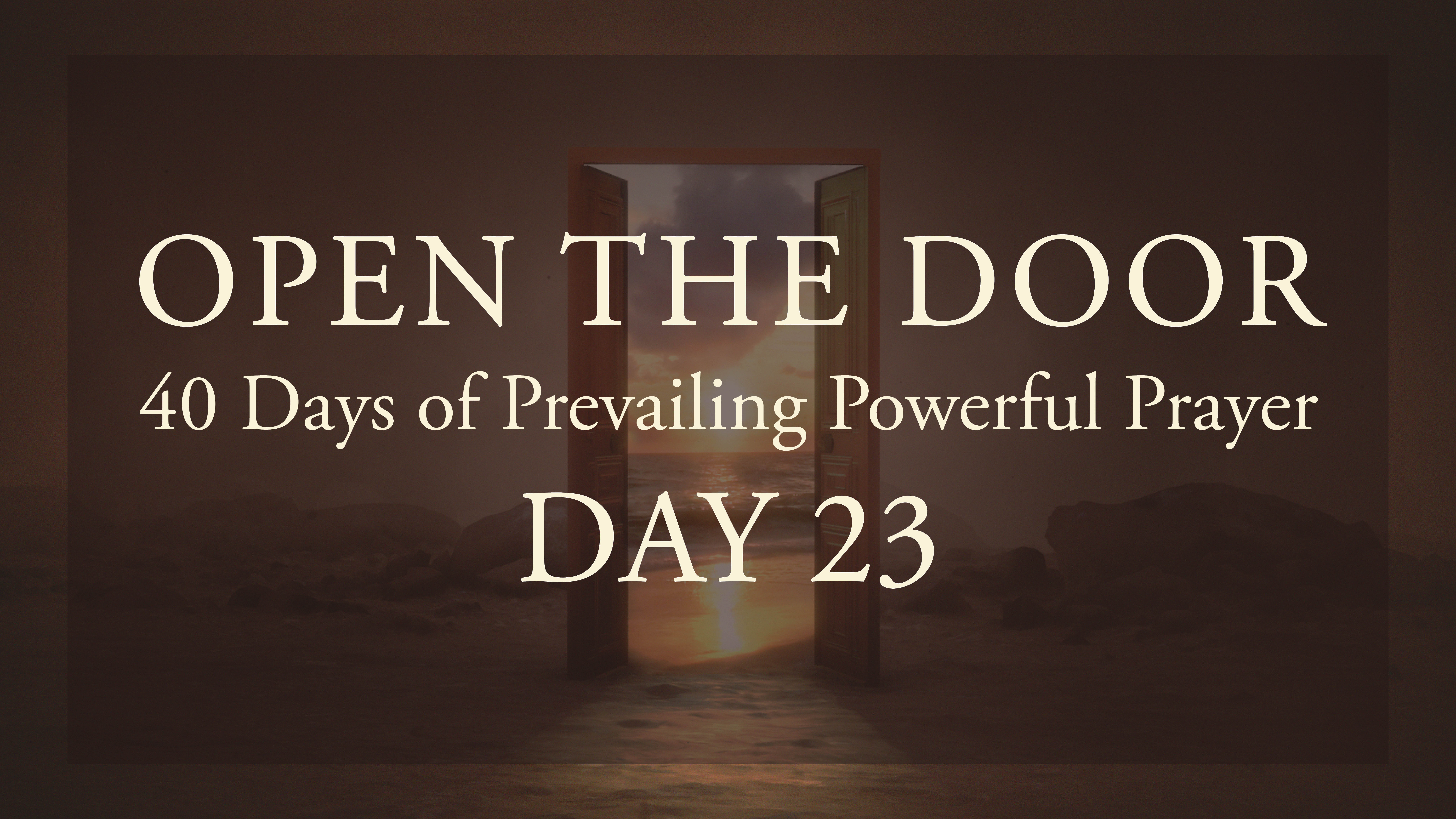 “Again I say to you, if two of you agree on earth about anything that they ask, it will be done for them by My Father in heaven. For where two or three have gathered in My name, there am I among them (Matthew 18:19-20, NIV).”

In 1992, the world was captivated by a group called the Dream Team. That was the first year that professional basketball players were allowed to play in the Olympics. Typically only amateurs were allowed to compete, but that year team USA stacked the court with players like Michael Jordan and Scottie Pippin of the Chicago Bulls, Larry Bird from the Celtics, Patrick Ewing from the Knicks, and Charles Barclay from the Philadelphia 76ers.

The team was described as the greatest sports team ever assembled.

They beat every team on the way to the gold medal by an average of forty-four points. Germany, Angola, Brazil… no one could even come close to challenging them. It was also obvious that they were having a blast playing together.

Many people don’t know, however, that they actually lost one game. In June before the Olympics, Coach Chuck Daly organized a scrimmage of college players against the Dream Team. The pros looked like a mess — out of sync, missing shots, and rebounds — while the college students dominated.

Coach Daly knew what the problem was immediately. In spite of all that talent, the players needed to let go of their egos. They needed to forget their respective NBA teams and focus on being one team, Team USA.

When you’re working on the same team, it doesn’t matter what you look like, where you come from, or how you see the world. It doesn’t matter what tribe or class or culture you call home. As long as the person shooting next to you is shooting in the same direction and knows the importance of working together, you can accomplish your task.

God has a mission for the church. To accomplish the goal of making disciples, God places you on a team with people who have different gifts and talents. The common goal is to see God get the glory and to share the good news with the whole world.

The problem is that we often fail to play as a team. We don’t value all gifts the same. We don’t care for the poor as much as we comfort the wealthy.

The Bible is clear about the importance of working together in prayer.

James, the brother of Jesus, wrote, “Is anyone among you sick? Let him call for the elders of the church, and let them pray over him, anointing him with oil in the name of the Lord. And the prayer of faith will save the one who is sick, and the Lord will raise him up (James 1:14-15a, ESV).”

Paul wrote to his protégé Timothy, “First of all, then, I urge that supplications, prayers, intercessions, and thanksgivings be made for all people (1 Timothy 2:1, ESV).”

Scripture is clear. We’re called to work together as a team, including the work of prayer.

In July of 1835, a man that George Müller called Brother Craik joined him in the work of serving parishioners in Bristol, England. They prayed often and “unitedly, chiefly about the [Sunday] schools and the circulation of the scriptures.” Brother Craik and Müller prayed “repeatedly together respecting the funds.”

In one of the most difficult times of trial, Müller recorded what he knew needed to happen.

“September 10, 1838. No money had come in either on Saturday or yesterday. It appeared to me that it was now necessary to take some steps on account of our need, that is, to go to the orphanages, call the brothers and sisters together, present the case to them, see how much money was needed for the present, tell them that amid this whole trial of faith, I still believed that God would help, and pray with them.

In Müller’s mind, a solemn crisis had come over the orphanage. A small amount of money was given soon after their prayer, but much more was needed.

“About ten, after I had returned from talking with Brother Craik, to whom I had unburdened my heart again, while once more in prayer for help, a sister called who gave me two sovereigns to my wife for the orphans. She stated that she had felt herself stirred up to come and that she had delayed too long in coming already.” She then felt led to give two sovereigns more.

Müller concludes, “Thus the Lord most mercifully has sent us a little help, to the great encouragement of my faith.”

Notice that Müller’s first instinct was not only to pray but to gather others to pray with him.

Jesus gave a phenomenal promise that if two believers agree and bring any need before God in prayer, God will answer. It may not be in the time or way that they want, but “it will be done for them by my Father in heaven.”

Have you been flying solo in your prayers when God wants you to fly tandem?

Have you been playing your own game and missing the power of a team?

Has your ego kept you from expressing to others the great need of your heart so they can pray with you?

Reach out to a friend or family member today. Ask them to pray for you or with you. In fact, God may be waiting for you to pray with others to bring about the answer to prayer.

You’re not alone. You’re on the dream team.

We are God’s dream, praying a better world into being.

Prayer Principle #23: When it comes to prayer, two or three are better than one.