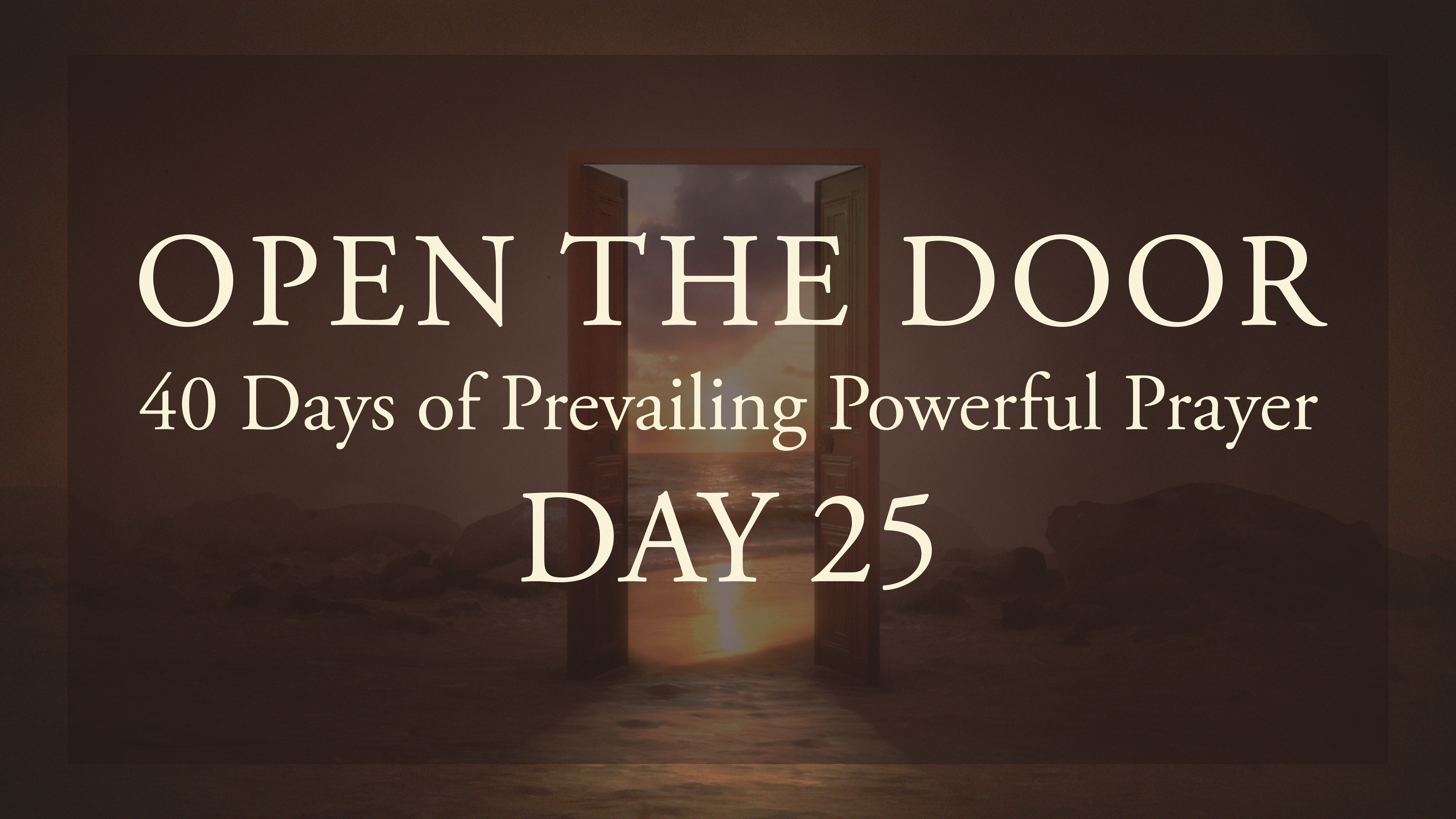 “…Jesus went out to a mountainside to pray, and spent the night praying to God (Luke 6:12, NIV).”

George Mallory was the famed mountain climber who may have been the first person ever to reach the top of Mount Everest. In the early 1920s, he led a number of attempts to scale the mountain, eventually being killed in the third attempt in 1924.

His body was found in 1999, well preserved by the snow and ice.

They found him twenty-seven hundred feet up the mountain, just two thousand feet from the peak. The posture of his found body suggested that he never gave up. He was face down on a rocky slope, head toward the summit. His arms were extended high over his head. His toes were pointed into the mountain. His fingers dug into the loose rock, refusing to let go even as he drew his last breath.

In 1922, when Mallory was asked why he was attempting to climb Mount Everest, this is the reply he gave:

“The first question which you will ask and which I must try to answer is this, ‘What is the use of climbing Mount Everest?’ and my answer must at once be, ‘It is no use.’ There is not the slightest prospect of any gain whatsoever.”

“Oh, we may learn a little about the behavior of the human body at high altitudes, and possibly medical men may turn our observation to some account for the purposes of aviation. But otherwise, nothing will come of it. We shall not bring back a single bit of gold or silver, not a gem, nor any coal or iron. We shall not find a single foot of earth that can be planted with crops to raise food. It’s no use.”

“So, if you cannot understand that there is something in man which responds to the challenge of this mountain and goes out to meet it, that the struggle is the struggle of life itself upward and forever upward, then you won’t see why we go. What we get from this adventure is just sheer joy. And joy is, after all, the end of life. We do not live to eat and make money. We eat and make money to be able to enjoy life. That is what life means and what life is for.”

Each day — and especially in times of stress, or when a decision needed be made — Jesus climbed a mountain to pray. He met his Heavenly Father on the mountain, bringing to God every need, thought, and concern. I have often wondered: why did Jesus pray? Wasn’t He always connected to His Heavenly Father?

I have also been wondering a lot in this season of writing devotions about the purpose of prayer. Why do we pray? What is the purpose?

We could certainly say that prayer is like children bringing their needs before their Heavenly Father. We could also say that prayer is the way that we recalibrate our lives toward the will of God. Even more, we could say that we draw near to God so that we will be transformed into the likeness of Jesus.

But more and more, I believe that prayer is a gift, like a mighty mountain before us. God invites us to come toward/near/into God’s presence. We’re invited into the great mystery of communing with the Divine. If we embark on the journey of scaling that mountain, we can believe that we will find what we are looking for.

In that way, prayer is the struggle of life itself, forever upward. The purpose is peace. The pinnacle is joy.

George Müller also spent daily time in prayer, rising early and then pausing throughout the day to pray for specific needs. He faced many challenges throughout his ministry, from poverty to business troubles to threats on his life. Müller found that prayer and faith could overcome any obstacle.

For the first ten years of what he called his “life of faith,” however, he struggled in prayer. He often didn’t feel like praying. He had a hard time getting into a spirit of prayer. Then Müller made a slight alteration to the way that he prayed. This is how he described the shift:

“The difference, then, between my former practice and my present one is this: formerly, when I rose, I began to pray as soon as possible, and generally spent all my time till breakfast in prayer, or almost all the time. At all events I almost invariably began with prayer...But what was the result? I often spent a quarter of an hour, or half an hour, or even an hour on my knees before being conscious to myself of having derived comfort, encouragement, humbling of soul, etc.; and often, after having suffered much from wandering of mind for the first ten minutes, or quarter of an hour, or even half an hour, I only then really began to pray.”

“I scarcely ever suffer now in this way. For my heart being nourished by the truth, being brought into experimental fellowship with God, I speak to my Father and to my Friend (vile though I am, and unworthy of it) about the things that He has brought before me in His precious Word. It often now astonishes me that I did not sooner see this point.”

What this means is that sometimes Müller would mentally and emotionally wander about, perhaps for a half an hour or an hour, trying to pray, struggling to focus his thoughts and to spark feelings for prayer in his heart. Only after a spiritual struggle would he be able to enter into a divine connection with the Living God. The pairing of scripture and prayer helped him attain God's presence.

But it wasn't easy.

You may think, “What is prayer like this? Why does it have to be a struggle? Why doesn’t God make it easier to connect with Him, given that God constantly says in scripture, ‘Come to me…cast all your burdens on me…depend on me?”

The answer is that our lives in a fallen world accumulate all kinds of distractions and worries and heartaches that can take us away from the Living God. Our whole lives are a battle. We may think that prayer should not be a relentless struggle, but that’s often the way that it feels.

As Müller experienced, however, the longer you spend time in prayer and the more that you exercise faith in prayer, the more meaningful and even breathtaking the experience becomes.

This summer, I decided that I needed to climb a mountain. I had been in conversation with the search team from First Baptist Knoxville for several months. At that point, I had no idea if I was feeling called to our church or if the committee would want to call me. I needed peace. I needed to hear from God.

I started out at the Alum Cave Trailhead to ascend five miles to the peak of Mount Leconte. It poured the whole way up. Fog prevented the magnificent views I anticipated.

But when I got to the peak, deep in cloud cover, the wind howling around me, I met my Heavenly Father. He spoke to me about living with passion, not being afraid, and trusting Him for whatever the journey ahead would be.

I see myself as someone who is learning to pray. I have a long way to go. I have experienced something akin to the George Mallory pursuit of the peak. I’m discovering that prayer is not so much about having my needs met as it is about seeking the face of God. It’s about hearing from God, touching God, seeing God.

Know this: you may find yourself in a struggle when you seek God in this way. But also know this: God will help you in your climb towards His presence.

Ole Hallesby, a Norwegian pastor of the early 20th century, said, “When prayer is a struggle, do not worry about the prayers you cannot pray. You yourself are a prayer to God in that moment. All that is within you cries out to Him, and He hears all the pleas that your suffering soul and body are making to Him with groaning that cannot be uttered.”

Prayer Principle #25: God’s presence is worth every struggle we encounter in prayer.