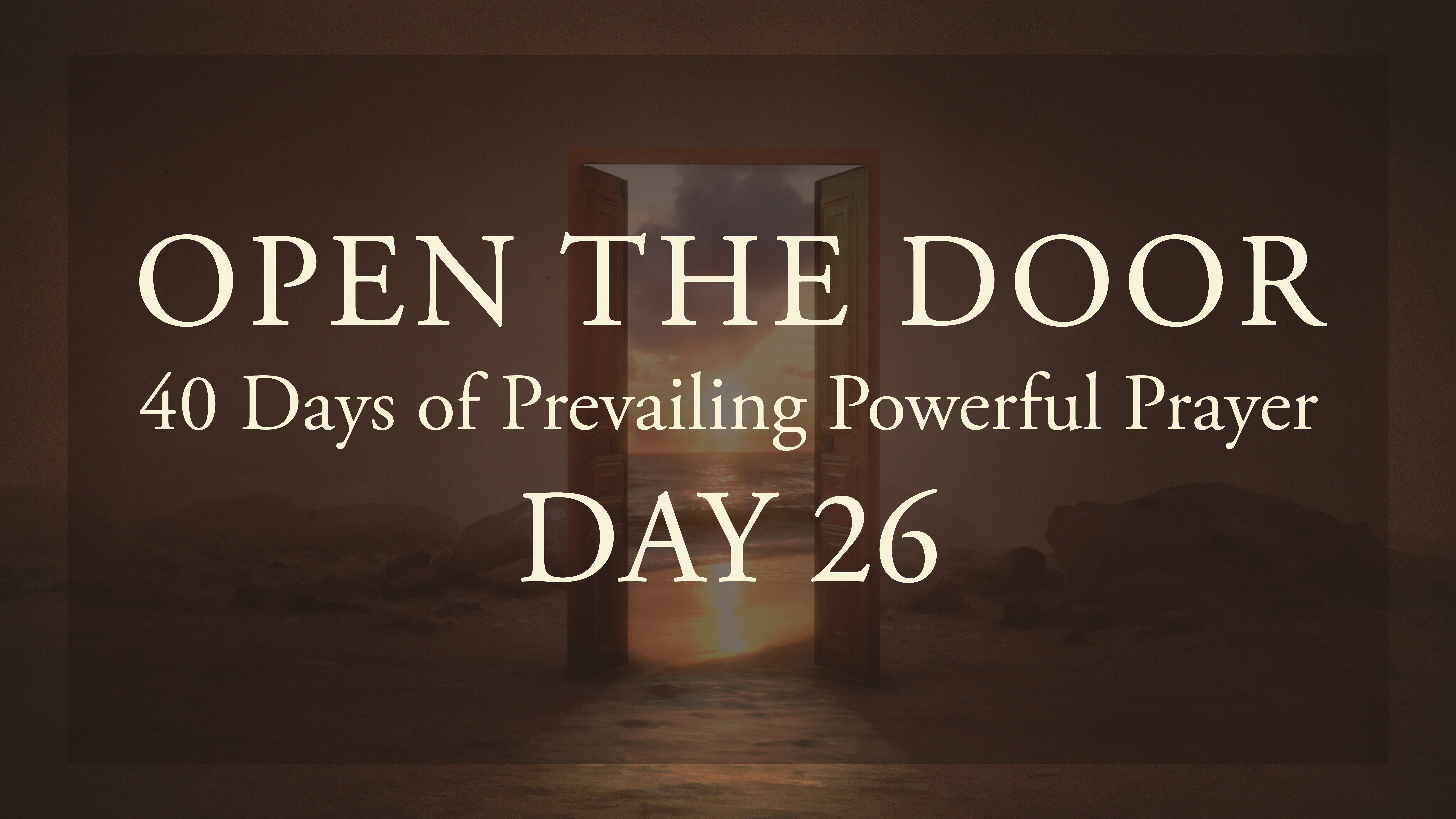 “Jesus told his disciples a parable to show them that they should always pray and not give up (Luke 18:1, NIV).”

Some years ago, Jen and I experienced a change in the way we saw ourselves. Since we had been married, we knew we wanted God to use our home for whatever purposes God has. We also felt called in our respective vocations — pastoring and nursing. The shift came when we started to see ourselves as “missionaries” to the people who lived near us.

I can’t speak for Jen’s heart, but I know that in my heart, God began to grow a dual calling: to lead my congregation and bless my neighborhood. Really, there was only one unified calling. It was to be a pastor not only on Sundays but every day during the week, including the time I spent around my neighbors.

Jen and I began to pray for how God could use us. We wanted to be in relationship with others. Our desire for our home to be available to anyone who needed a friend or family only intensified. But as we prayed, nothing happened.

It wasn’t that we weren’t trying. We hosted dinner parties and outdoor events. These were well-intended and attended, but the relationships stayed on the surface. We had a vision for a growing spiritual family, one not based on biology but on faith. We imagined people coming together to share what they had and to live in deep, authentic relationships while learning the way of Jesus. It would be a family where everyone was welcome, no matter whether people were just a few steps along or far down the road of faith. Why wasn’t it working?

After five years of praying and trying, I wanted to give up. I said, Lord, I can’t do this. Everything that I’m trying is failing. I took my hands off the wheel and simply began to pray. God, you do what you want to do. Show me how to love and care for my neighbors. Make this what you want it to be, or, if you’ll receive more glory if nothing happens, I can live with that. But I want to see the kingdom come in my neighborhood.

That was my prayer for about a month. Then things began to move.

Out of the blue, a neighbor approached me about having a block party. She said she would take care of all of the details. All I needed to do was spread the word and show up. She had been connected to our church for a little while but now seemed to have the same vision as us. Soon after we started to make plans, another family from our neighborhood began to attend our church. Our three families reached out to invite not the whole neighborhood, but only families from two blocks on our street, about thirty homes.

Over forty people showed up at the block party. I met people I had never met before. There was energy and lots of laughter. After the event, we were left asking, what’s next?

We decided to host a dinner and talk about forming a local group, an outpost of the kingdom in our neighborhood with the simple idea of being a blessing to others. After that dinner, we decided to meet every other week on Sunday evenings.

Our format would be simple. One home would host the adult gathering. We would rotate homes. The kids would be at a second home with childcare. Everyone would bring an appetizer to share (although one woman with culinary skills offered to bring dessert every time). We would “check-in” at each gathering, relating needs and praying for one another. Finally, we would have a simple Bible study to help us along the path of following Jesus, with a strong emphasis on listening to the scripture and obeying what it says.

As the leader/facilitator, I would often remind the group of the three “purposes” for our group: 1) learn to love Jesus more and grow closer to Jesus as disciples, 2) live as a spiritual family, caring for one another in the Body of Christ, and 3) being a blessing to our neighborhood in tangible ways.

It wasn’t always easy. We experienced rockiness as we got to know one another. We invited lots of people to come along, many of who said no. Over a year, however, the group grew to about fifteen families. It was exactly what we envisioned: a dynamic family of spiritual brothers and sisters who loved one another and were committed to growing in their faith. Because of our desire for growth, we called the group The Community Garden.

Through this experience, I learned a great spiritual truth.

It’s never too soon to give up on God.

When George Müller was seeking God’s direction in building a new structure to house orphans, rather than continuing in rental homes, he had to wait on God in the fulfillment of the vision. It would be extremely costly, but Müller said, “I was not discouraged by this, but trusted in the Living God.”

“We continued meeting for prayer morning by morning for fifteen days, but not a single donation came in; yet, I was not discouraged,” Müller recounted. “The more I prayed, the more assured I was that the Lord would give me the means. Yea, as fully assured was I that the Lord would do so, as if I had already seen the new premises actually before me…my only honor was for His honor and glory, and the welfare of the church of Christ at large, the real, temporal and spiritual welfare of destitute orphans…finding that, after praying again and again about the matter, I still remained in perfect peace, I judged it assuredly to be the will of God that I should go forward.”

The key is perseverance in prayer. If a vision is from God, God will make it happen. But God delights when His children come before Him, again and again, to ask for what is desired.

Müller would say after the new orphanage was built, “The great point is never to give up until the answer comes…the great fault of the children of God is that they do not continue in prayer; they do not go on in praying; they do not persevere. If they desire anything for God’s glory, they should pray until they get it.”

What is the desire of your heart? For a second chance? A new career? The grace to forgive someone?

How many prayers go unanswered because you are not willing to pray until it is given to you?

To persevere in prayer, one tool you can use is the writing down of your prayers. I’ve begun to keep a record of prayer requests. I sometimes go back and see what prayers have been answered. I have also been more aware of the frequency of praying for the same things over and over. There are some things on the list that may not be answered for years and years. But I feel assured that they will be answered, in God’s way, in God’s time.

Another tool to utilize is the prayers of others. If your heart is broken for a son, daughter, grandson, or granddaughter who has wandered far away from God, ask someone you trust to pray with you daily for that need. You can check in periodically with them to see if there is any word of encouragement from the Lord.

Having more than one family committed to the mission of blessing people in our neighborhood was so encouraging to me. It wasn’t the fullness of the prayer answered, but it allowed me to see that God was working. Others joined in praying for our neighbors. The garden grew.

How does your garden grow? Through persevering prayer.

Keep praying. Keep asking. Give thanks even when you don’t feel like it. Believe God is working.

Above all, don’t give up.

Prayer Principle #26: It’s never too soon to give up on God.