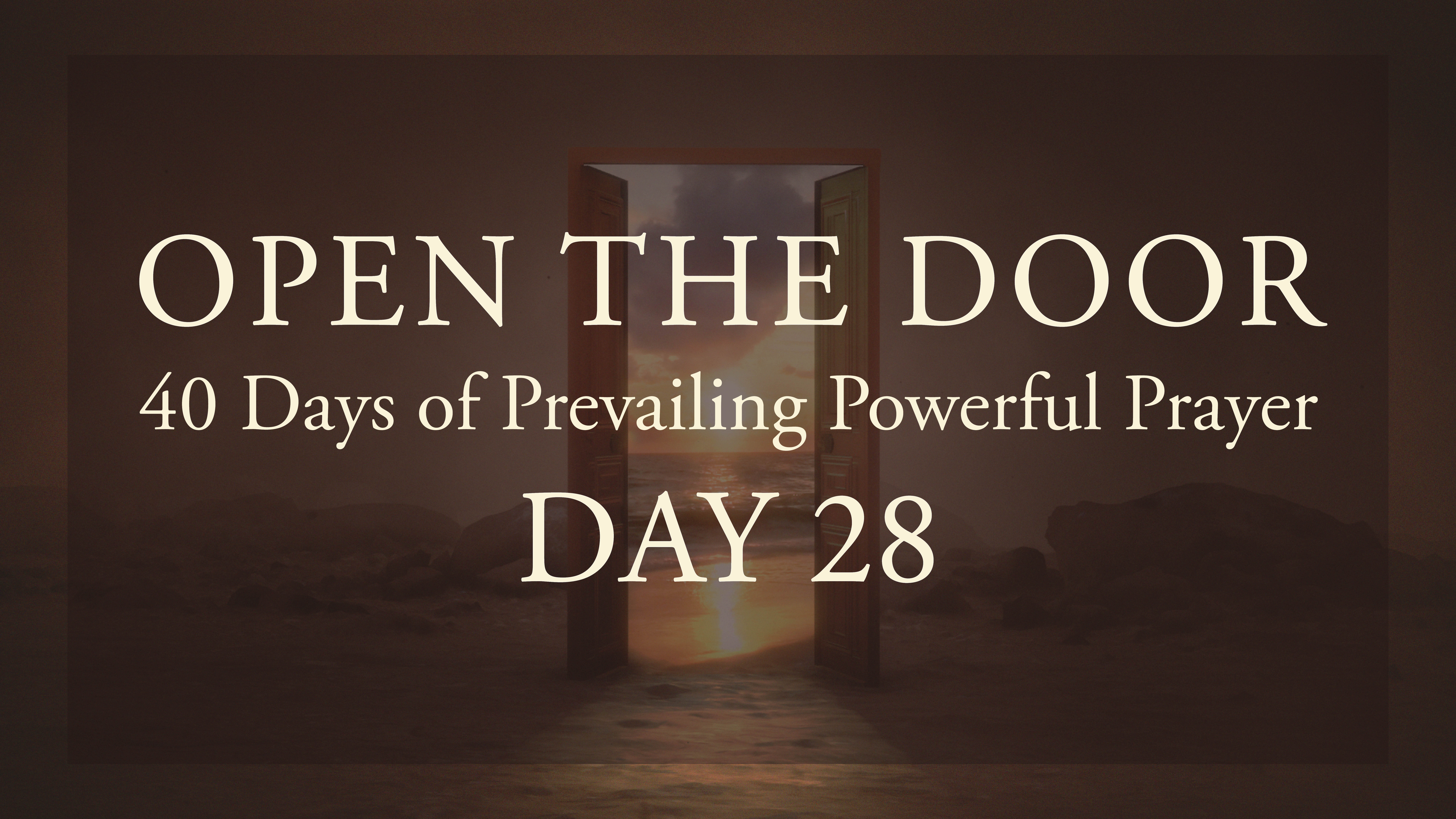 “Let us then approach God's throne of grace with confidence, so that we may receive mercy and find grace to help us in our time of need (Hebrews 4:16, NIV).”

During the Civil War, there was a soldier who wanted to speak to President Abraham Lincoln. Because he had experienced a great family tragedy, he wanted to be relieved from military service. The man was given permission to petition the President to give him some grace.

When he arrived at the White House, however, he was refused entry and sent away. Despondent, he sat down in a nearby park.

A young boy walked past and saw how unhappy the soldier looked. The soldier told the young boy everything. Eventually, the boy said, “Come with me."

He led the dejected soldier back to the White House. They went around the back. None of the guards stopped them. Even the generals and high-ranking government officials stood to attention as the boy and soldier passed through.

The soldier was amazed. Finally, they came to the presidential office. Without knocking, the young boy opened the door and walked straight in. Abraham Lincoln, standing there, turned from his conversation with the Secretary of State and said, ‘What can I do for you, Tad?’”

“Dad, this soldier needs to talk to you,” Tad said.

The soldier had access to the President “through the son.”

According to the New Testament, in an even more amazing way, you have access to God “through the son” – Jesus. Paul writes, “Through him [Jesus] we have access to the Father by one Spirit (Ephesians 2:18, NIV).”

Every day, we have access to our Heavenly Father to ask for what we need. We come to God as dearly loved children. God waits to be asked for what we need, whether it be a physical, mental, emotional, financial, or a relational need.

If an earthly father is loving and kind, when their young children approach them for something that they need, they will do their best to provide it. How much more so with God?

Unfortunately, many believers don’t approach God with confidence, if they approach at all. They don’t depend on God for their every need, look to God in times of trouble, or seek God’s face when a decision or crisis comes.

They forget the high price that Jesus paid for such access.

One of the joys of George Müller’s ministry was interacting with donors who were also seeking to follow the Lord’s will. In his first years in Bristol, England, he met a woman with the initials A.L. who lived on a sustenance income. Needlework was her trade, but it brought in very little, as she was frail and unable to work long hours.

Sometime after Müller established his first orphanage, the woman’s father died, leaving her a very large sum of money. The father was a drinker and died in heavy debt, in spite of having so much in savings. He owed much money and left it to his children to pay off his debts.

The children, except for A.L., offered the creditors twenty-five percent of the debt, which the creditors gladly took since there was no legal claim on the children. On the contrary, A.L. thought to herself, “However sinful my father may have been, yet he was my father, and as I have the means of paying his debts to the full amount, I ought, as a believing child, to do so, seeing that my brothers and sisters will not do it.” She paid the creditors secretly.

Her brother and two sisters then gave some of their money to their mother. But A.L. thought, “I am a child of God; surely I ought to give my mother twice as much as my brothers and sisters.” Which she did.

Finally, she gave a large sum to the orphan house. The gift surprised Müller, as he thought she was quite destitute. He talked with her about the donation and made sure that she wasn’t making a rash, emotional decision. Müller found her to be quite calm, considerate, and devoted as a follower of Jesus. She said that she believed Jesus when he said, “lay not up for yourselves treasures on earth” and “sell what ye have and give alms.”

When he asked her if she had truly “counted the cost” in giving the large sum, she said, “The Lord Jesus has given his last drop of blood for me, and should I not give him this one hundred pounds?”

Jesus gave a precious gift — His blood — so that you can have access to God. Why, then, do you delay in taking your every need to your Heavenly Father?

Like George Müller and A.L., my grandmother took her every need to the Lord. I can remember hearing her pray. Her prayers were simple but powerful, asking each day for what she needed. She was not rich in money but was rich in faith.

Every summer, I would visit my grandmother on Mobile Bay. And every summer, storms would blow through. Some of them were very strong. I was seven years old when a tropical storm headed toward Mobile. I remember the family conversation of whether to stay or go, to flee or ride it out.

The adults decided to ride it out. They shuttered the windows and tied everything down.

I will never forget that night. The wind was howling. That little wooden house was literally shaking. The lights went out, and the thunder was like a freight train. Lightning landed in the front yard.

After the storm, trees were down, and shingles were scattered everywhere. But that little house was still standing.

My grandmother was so confident and calm through all of it. She was concerned but not in crisis.

It makes me think about what Jesus said about the wise person who builds their house on the rock. The rock is his teachings, his life. Life on the rock means complete dependence on Him. When the rains of hardship and the winds of sadness and the storms of struggle come, a life built on Him won’t fall down. But for the foolish person who builds their life on the shifting sands — on self-reliance, on trusting in money, on possessions, on a GPA or accomplishments or career experience — when the rains come, and the winds blow, that house will collapse because it’s not built on the rock.

What steps do you need to take to build your life on the rock?

Where are you lacking in confidence?

Are there prayers you gave up on years ago, believing that somehow God had not heard?

You have access not to a president but to the king of the universe. Go to God with your needs now.

"This is the confidence we have in approaching God: that if we ask anything according to His will, he hears us (1 John 5:14, NIV)."

Prayer Principle #28: Be confident in prayer, expecting mercy and grace.