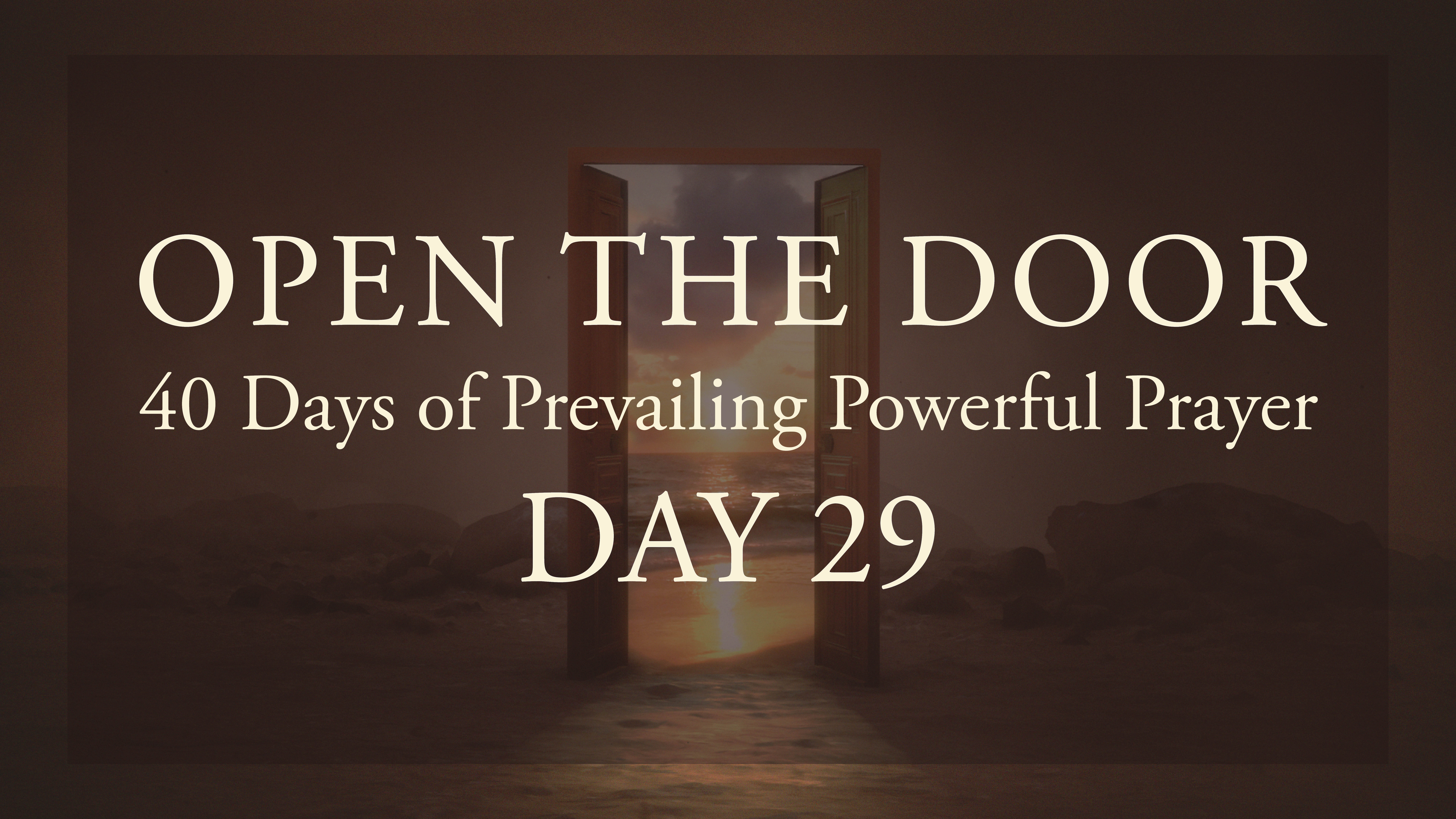 “If any of you lacks wisdom, you should ask God, who gives generously to all without finding fault, and it will be given to you (James 1:5, NIV).”

Newcastle, Australia is an industrial port city about seventy-five miles north of Sydney. On the morning of June 8, 2007, there were about fifty ships waiting in Newcastle’s harbor to unload coal.

Then a storm rolled in, battering the ships and coast for thirty-six hours. The port authority radioed to warn the waiting ships to “move out to sea,” but ten of them ignored the warning.

As the storm got worse, the Panamanian carrier called the Pasha Bulker was swept toward the coast. The captain didn’t radio for assistance or put his anchors down, thinking he could ride out the gale. Unfortunately, he failed.

At 10 am, the Pasha Bulker ran aground at Nobbys Beach right by the city center. Eighty-five thousand tons of ship kept going inland even after running aground. Both the crew and city leaders were afraid it would impact the city.

So they loaded the ship with more materials, causing it to sink deeper and deeper into the sand.

It sat for a month.

The owner scrambled to figure out how to get the ship to sea again. In the meantime, the ship became a tourist attraction. Crowds gathered to stare at the ship. Ice cream trucks and coffee stands popped up.

One opportunist even advertised the ship on eBay for a brief time. Bids climbed to $16,000,000 before eBay shut down the auction.

One writer described it like this: “Thousands of people were drawn to the sight of a towering ship resting quietly in the sand.”

The ship was designed to operate a certain way, led by a captain that had everything he needed to weather the storm. Sadly, those systems failed. Safety protocols were ignored. Communication was disregarded. Worst of all, one person at the top thought he knew best rather than listening to the voices of wisdom.

There are two questions we could ask from this cautionary tale.

First, who is the captain of your soul?

I was once asked to perform a funeral for a kind but generally self-centered man. Right before I stood up to speak, the program called for a slide-show set to the music of Frank Sinatra’s “I Did It My Way.”

The man lived a comfortable life. He made and spent a lot of money. I didn’t have much material to share about how his life made a difference to others.

You could say that his ship never left the harbor of his own comfort, never risked the adventure of a life with a mission. He was in charge of his own life. It wasn’t a bad life. It just didn’t seem to be the best life. Who is in charge of your life?

Second, where do you get wisdom?

The Pasha Bulker was designed to carry cargo. It had a purpose. The decisions and actions of the captain, however, caused that mission to run aground. He valued his own wisdom too much and the wisdom of others too little.

You might think that George Müller launched orphanages for the sole purpose of caring for hungry, homeless children. That was a secondary purpose. His first purpose was to strengthen the faith of the people of Bristol.

Müller frequently met men and women who worked fourteen or even sixteen hours a day, causing their bodies to suffer, their souls to become lean, and their hearts to have no enjoyment in God. He sensed that people worked only to make an income, with little trust in God to provide for them. He didn’t see people exercising wisdom in the way that they approached work — to live according to their design. There was no taking hold of the truth, “Seek first his kingdom and his righteousness, and all these things will be given to you as well (Matthew 6:33, NIV).”

He wanted people to know ultimately, it was not their work that supported their families, but the Living God. This is the God who would feed them and clothe them, by God’s means in God’s timing, when they were not able to work.

Müller opened the orphanages with the intent of creating a kind of “visible proof that our God and Father is the same faithful God that he ever was — as willing as ever to prove himself the Living God, in our day as formerly, to all who put their trust in Him.”

He wanted men and women to know the wisdom that God can give, helping in any situation. He wanted people to trust God even when life feels like a shipwreck. He wanted them to take God at God’s word and rely on it.

James continues by saying, “But when you ask, you must believe and not doubt, because the one who doubts is like a wave of the sea, blown and tossed by the wind (James 1:6, NIV).”

Believe can also be translated have faith. It’s trust. It’s confidence. Believing is not doubting but going before God in quiet trust that God is there, God hears, and God answers.

There’s only one kind of prayer that God answers: the prayer of faith. In Matthew 9:29, Jesus says, “According to your faith let it be done to you (NIV).”

When you trust in God with all of your life; when you live your life according to God’s will; when you forgive others as Jesus taught; when you give your life away like Jesus gave his life away; when you make God your delight; and when you ask in faith — you can expect that God will answer your prayer.

That’s what it means to make God your captain.

God gives wisdom generously. But for the person who doubts, “That person should not expect to receive anything from the Lord (James 1:7, NIV).”

They’re on their own. They’re kind of half-in, half-out, looking to God but mostly depending on their own wisdom. They may do fine for a while, but it's likely that they will soon run aground. The real sad thing is that they never embrace the purpose for which they were created.

Jesus told his disciples to take up their cross. The cross represents purpose. Jesus’ cross was his mission, dying for the sins of all humanity. Your cross will also be painful and costly as you lay down your life for the sake of others.

You were made for a mission. Like the Pasha Bulker, you weren’t made for the harbor. You were made to deliver precious cargo — love, hope, peace — into the shipwrecked lives of others.

Our church wasn’t created to be a “towering ship resting quietly in the sand.” We were made for more.

One thing is for sure: we will never become what God made us to be if we declare ourselves the captain of the ship.

Do you lack wisdom? Ask God today. God gives generously without finding fault. Ask, and it will be given to you.

Do you need purpose? God can reveal that to you, too.

Let today be guided by the Living God. Pray now for God’s wisdom. Listen for God’s communications. Don’t ignore the warnings. Take off the captain’s hat and take up the cross.