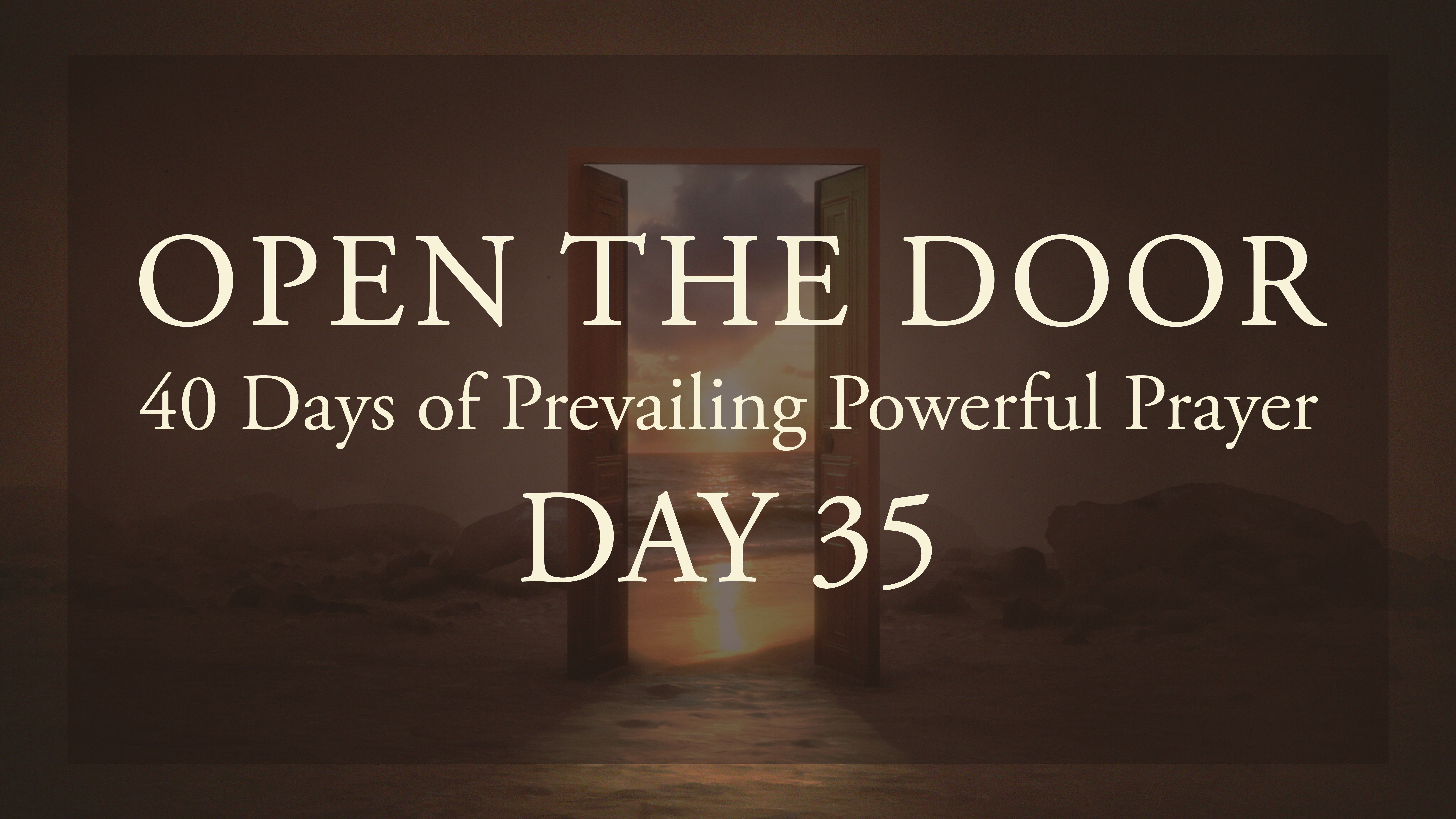 Is it possible that your prayer can last beyond your lifetime?

The Moravian Church began with a reformer named John Hus (1369-1415). He led a protest movement against the Catholic Church in Czechoslovakia and was eventually burned at the stake.

His influence continued. About forty years later, some of his followers launched the Moravian Church about a hundred miles east of Prague. Over three centuries, it grew to four hundred parishes and two hundred thousand members.

Some of the first settlers in America were Moravians, especially in Pennsylvania and North Carolina. Unfortunately, there are only a handful of Moravian churches in the United States today.

However, their influence far exceeds their numbers. Why?

I believe it comes down to two factors: missionary zeal and a passion for prayer.

In 1727, the Moravian Community of Herrnhut in Saxony commenced an around-the-clock “prayer watch.” By 1791, sixty-five years after the commencement of that prayer vigil, the small Moravian community had sent 300 missionaries to the ends of the earth.

These are not unrelated facts. Passionate intercession is a basic component of sharing the gospel worldwide.

During its first five years, the Herrnhut settlement showed few signs of spiritual power. By the beginning of 1727, the community of about three hundred people was bitterly divided. There was more bickering than blessing. In such an environment, no one expected a revival to break out.

Church leaders covenanted to pray and work for revival. On May 12, 1727, revival sparked. Christians were filled with new life and power. Petty arguments and power plays vanished. New people were drawn to Christ.

It lasted about four months, what the Moravians call “the golden summer of 1727.”

On August 27 of that year, twenty-four men and twenty-four women covenanted to spend one hour each day in scheduled prayer.

That prayer vigil continued for over a hundred years.

There are some prayers you will pray that won’t be answered until after you take your last breath. There are prayers that are so big — so critical — that you’ll be lifting them up as long as God gives you life.

Most people believe, however, that when their prayer ends, so does the power.

Prayer works like compound interest. The longer you pray, the more you can tap into God’s blessing. Eventually, such prayers reap big dividends.

Very early in George Müller’s ministry career, he was approached by a missionary in Dusseldorf, Germany. The man had been praying for many years that his six sons would receive Christ. He was discouraged, however, believing that his prayer was not being answered.

To the father’s question about what he should do, Müller responded, “Continue to pray for your sons, and expect an answer to your prayer, and you will have to praise God.”

Six years later, in August of 1882, Müller again returned to minister in Dusseldorf. He was greeted by the same missionary who said that following their meeting, he felt encouraged to pray even more earnestly for the spiritual well-being of his sons. Two months after Müller had left in 1876, five of the man’s sons had come to faith in Christ. The sixth was also thinking seriously about making that commitment.

In another example, Müller himself interceded for more than half a century for the salvation of a small group of men.

Overall, Müller prayed for nearly thirty-six years for these young men. Near death, he had this to say: “I hope in God, I pray on and look yet for the answer. They are not converted yet, but they will be.”

His prayers were answered when both those men came to faith in Christ a few years after Müller’s passing.

God doesn’t reckon time as we do. God isn’t limited by minutes, days, or even millennia.

It’s possible that the prayers we ask for, on behalf of ourselves, the ones we love, and our church will be answered at some point only in God’s time.

But we must believe that they will be answered, before or after we leave the earth.

In those prayers, we must also learn to pray for the things that matter eternally to God.

After sharing the insight that a day is like a thousand years in God’s sight, 2 Peter continues, “The Lord is not slow in keeping his promise, as some understand slowness. Instead he is patient with you, not wanting anyone to perish, but everyone to come to repentance (2 Peter 3:9, NIV).”

God’s desire is that every person comes to a place of turning to the Lord. Even though it may seem like we must pray a long time to receive an answer to prayer, Peter assures us that God is not slow in keeping God’s promise. Slow to us may be fast for God.

In Hebrews 11, after taking a survey of the great Hall of Fame of Faith (Noah, Abraham, Sarah, Isaac. Rehab, etc.), the writer says, “These were all commended for their faith, yet none of them received what had been promised, since God had planned something better for us so that only together with us would they be made perfect (Hebrews 11:39-40).”

Together we are being made perfect. Many, many people prayed long ago for us. Now, we must pray for those who we want to see come to Christ and for those who will come after us.

Our lives only make sense in the context of eternity. Our prayers join the saints who come before us and those who will come after us.

Do you pray with one eye toward the future?

Do you believe that your prayers will extend past your lifetime?

Pray today in faith that God will answer your prayers. Wait patiently in hope. Give thanks for the prayers yet to be answered, in this life or the next.

Prayer Principle #35: Some prayers may not be answered for a century or more, but we must pray them today.