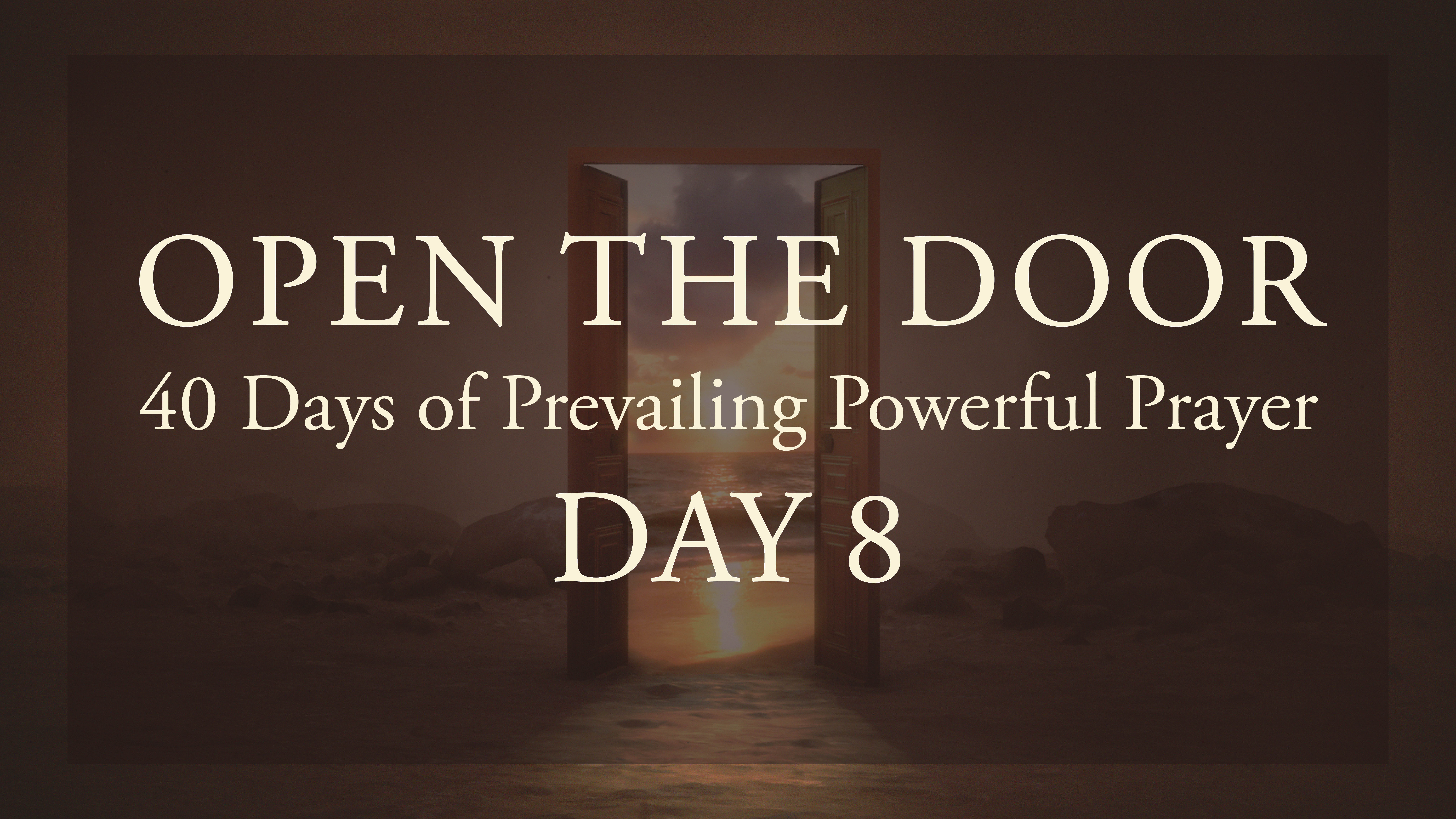 “Truly I tell you, if you have faith as small as a mustard seed, you can say to this mountain, 'Move from here to there,' and it will move. Nothing will be impossible for you.” (Matthew 17:20, NIV)

Only a few people know the story that I want to tell you.

When I was in Israel in 2017, our group walked through the ruins of Bethsaida along the Sea of Galilee. This is the village where Peter was born. A shell of the first-century village remains today, but enough so that one can imagine meandering through the narrow streets and entering oikos (extended household) dwellings. We could also see the place of the gate to the village, a singular passage to let residents in and keep strangers and enemies out.

Something remarkable happened outside the gate in Bethsaida, both for a first-century man and for me.

The eighth chapter of the gospel of Mark tells of a time when Jesus entered Bethsaida. Some people brought forward a blind man and begged Jesus to heal him. Jesus led him by the hand outside the gate, then spit on the man’s eyes and placed His hands on them.

“Do you see anything?” Jesus asked.

“I see people; they look like trees walking around,” the man said.

Once more, Jesus touched the man’s eyes. At that moment, his sight was restored, and he could see clearly (Mark 8:22-25, NIV).

Outside the gate, our guide recounted the story of what had happened there. Then he asked, “Does anyone want to receive prayer for healing today?”

When the guide asked if anyone wanted to receive prayer for healing, I surprised myself when I impulsively said, “I do.”

Since about the age of ten, I have had stomach problems. Acid reflux has been so bad sometimes as to send me to the emergency room. After about a decade of consistent discomfort, I began to take a protein-pump inhibitor (PPIs, such as Prilosec or Nexium). It was like a miracle-drug, although I had to keep increasing the dosage for relief.

Just before the Israel trip, I had read that PPIs have been linked to memory issues in senior adults. I had been taking them for a long time. My doctor advised that I wean off of them. That was on my mind as I traveled to the Holy Land.

The Holy Land has a way of generating faith. Seeing the places where Jesus walked, imagining the miracles, wanting to trust Jesus more… all of this contributed to a spiritual high that I felt in Israel.

It was a leap of faith for me to say, “I want a prayer for healing.”

I described my long-term problem and how I wanted to be healed. The group prayed over me and placed their hands on my stomach. This went on for several minutes. Then the guide asked, “How do you feel?”

I could feel something different in my abdomen, but it was faint. Even so, I believed something real had happened.

That night, I stopped taking my PPI. I was full of faith. The next day I felt fine, and then the next.

Three weeks later, after we returned home, acid reflux returned with a vengeance. I thought, “I don’t want to get back on a PPI. Maybe the next step is to see a doctor.” I’m embarrassed that after suffering for thirty years, it really was the first time I considered seeing a specialist.

That was three years ago.

After thirty years of suffering, I can say that God healed me.

Did it happen in a miraculous way?

It wasn’t a complete change in an instant, but it was a miracle. I am healed.

Along the way, God increased my faith. After the Israel pilgrimage, I increased my time in Bible study and prayer each day. My goal was to walk in faith, even if the full miracle hadn't happened yet.

One theme that runs through Müller’s book Release the Power of Prayer is that his experience with answered prayer is not unique. Even though Müller celebrated over fifty-thousand answered prayers, he never thought that he had the “gift” of faith (1 Corinthians 12:9) or that his faith was extraordinary.

Müller did seek to depend on God moment by moment. That kind of life is available to every believer, Müller argued. God wants every child of His to pray in all things, cast their burdens on God (Psalm 55:22), and enjoy the full benefits of a loving, benevolent Father.

Müller says, “…in all of my temporal and spiritual concerns, I pray to the Lord and expect an answer to my requests. May you not do the same, dear believing reader?…Give it a try!” (RPP 40)

Faith is the key — to not forsake God in the hour of trial, but instead turn to God and ask for what is needed, then wait in faith.

But how can faith be increased? Müller suggests four essential means to growing in faith.

First, believers must “carefully read the Word of God and meditate on it.” We wouldn’t have stood outside the Bethsaida gate without knowledge of that story from God’s word.

In the Bible, we learn the character and nature of God. We learn how loving, good, gracious, and generous God is. We read stories of how people endured all kinds of hardship, fatigue, famines, and failures. God is faithful through it all.

Second, believers must seek to maintain an “upright heart and good conscience.” How can believers expect to receive anything from God if they are constantly indulging in sinful actions or thoughts? Nothing saps one’s spirit like a guilty conscience. Hidden sin is like a plank in the eye that blocks our view of God.

Third, believers must not shrink from difficulties when faith is tested. Like a muscle, faith is strengthened when put under stress.

“The more I am in a position to be tried in faith with reference to my body, my family, my service to the Lord, my business, and so on, the more I will have the opportunity of seeing God’s help and deliverance,” wrote Müller in his journal.

In the same Spirit, James, the brother of Jesus, wrote, “Consider it pure joy, my brothers and sisters, whenever you face trials of many kinds, because you know that the testing of your faith produces perseverance… Blessed is the one who perseveres under trial because, having stood the test, that person will receive the crown of life that the Lord has promised to those who love him.” (James 1:1-2, 12, NIV)

Finally, believers must make room for God to work and not try to manufacture a deliverance of their own. Too often believers rush to fix their own problems without allowing time for God to work the best solution. It only makes things worse. Faith fails and therefore decreases.

Both men outside the Bethsaida gate received a two-stage miracle. At first, the first-century man only saw trees walking around. At first, I only experienced temporary relief. We each received enough to keep trusting in Jesus as the miracle unfolded.

Jesus said that all it takes is a little faith — the size of a mustard seed — and one can move mountains. It may take a while. It might move in increments. It might seem like nothing is happening. But the mountain is moving.

Where do you struggle to believe?

What prayer do you need to bring right now to your loving Heavenly Father — for healing, for a restored relationship, for help in a crisis?

Give it a try.

Prayer Principle #8: A little faith can move a big mountain.