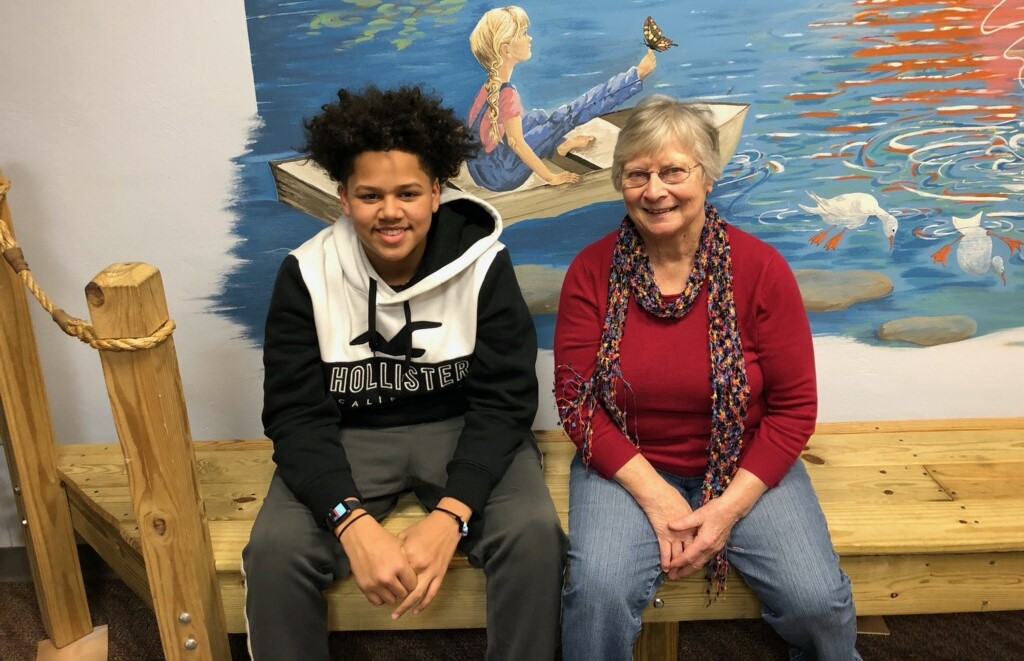 Several years ago, FBC member, Dianne Forry, heard about a ministry the church was starting called KidsHope USA. It involved giving up one hour a week to be a personal mentor to a child at South Knoxville Elementary. This included working with a child on academics if needed, but more importantly, just spending a few minutes a week being a “buddy” to a child who needed some one-on-one time with an adult role model. Dianne found herself completing the orientation but was matched with a child who subsequently moved away. Soon after, however, she was paired with Jake, a first-grader at the school. That was seven years ago.

Jake is now a seventh-grader at South Doyle Middle School, and he and Dianne are still together! A few years back, Dianne completed the necessary requirements to be a “Community Based” mentor, which allowed her and Jake to meet outside of the school. Even though Jake is now in middle school, the two still attend events such as plays (Jake says the Addams Family production at West High School was his favorite), going out to eat, visiting historical sites, and hiking. Dianne is there to cheer Jake on as he participates in his favorite sport, basketball, and Jake helps Dianne with community service projects such as delivering mobile meals, visiting nursing homes, and packing backpacks with school supplies. On January 20, they even marched together in the Martin Luther King Day Parade!

Jake and Dianne also attend events sponsored by Big Brothers, Big Sisters of East Tennessee, which sponsors the KidsHope USA program. At a recent awards banquet, Dianne received the Big Sister of the year award, a well-deserved honor and recognition. Dianne is truly a "Big Sister" and has taken on a new “little” at South Knoxville Elementary School, whom she is enjoying getting to know.

When asked what he liked most about Dianne, Jake answered, “She is one of the family." With Jake visiting in Dianne’s home and becoming good friends with her husband, Gary, these two have indeed become part of each other’s families. Dianne added, “It’s fun to have a younger friend.”

It is hard to tell whose life has been impacted the most by this friendship, but one thing is clear, there is a special bond between Dianne and Jake that has grown out of time, patience, consistency, respect, and love.