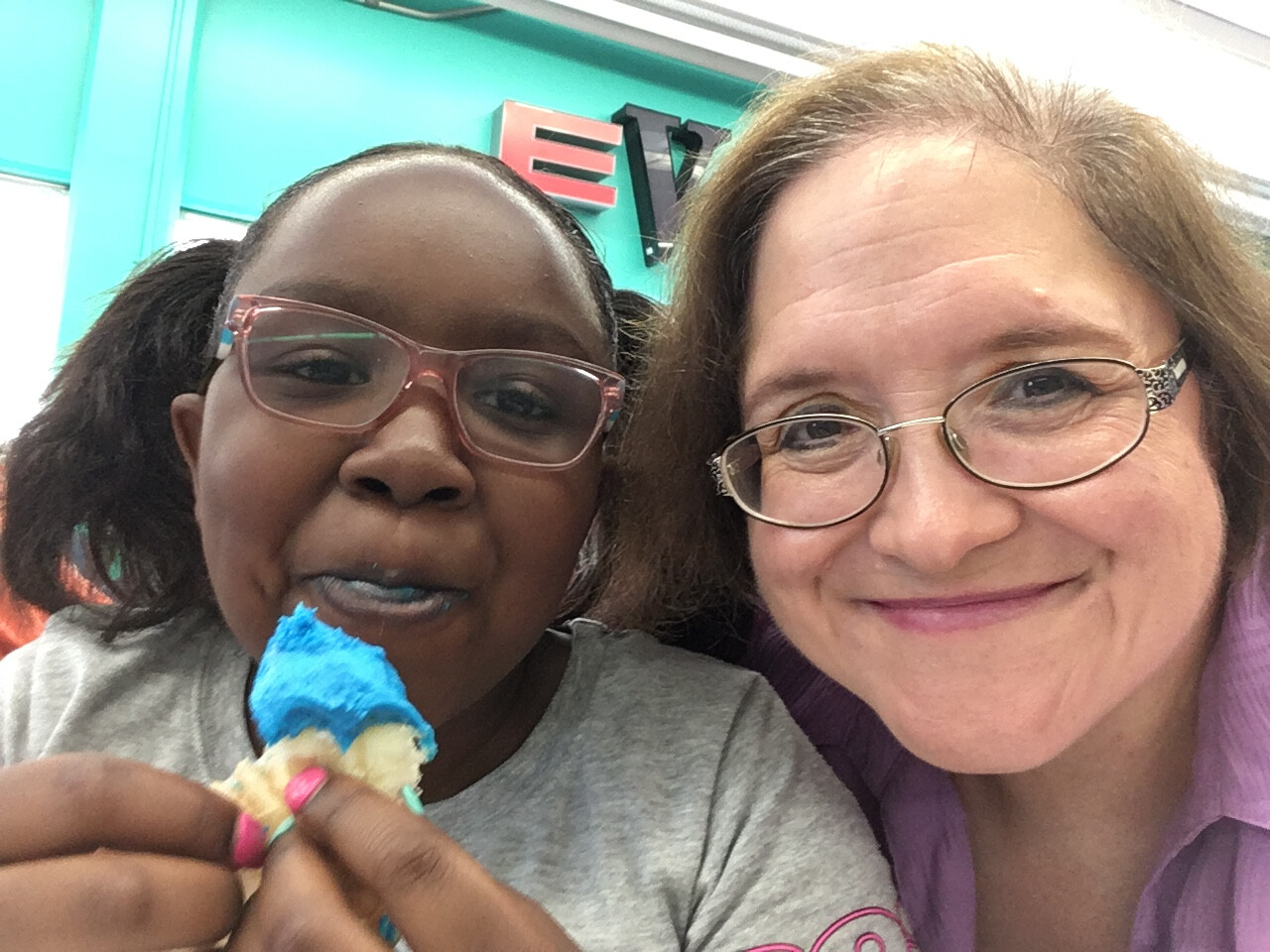 It doesn’t take a major life change to make it possible for you to become a mentor, but it can happen that way. And when you do become one, your life changes for the better.

For me, the precipitating event was something that many people – then, and recently even more so – have experienced. I was laid off from the job I’d had for 29 and a half years. I’d been an editor and writer for the Knoxville News Sentinel since my sophomore summer at UT. I’d even delivered the Sentinel for three-plus years during high school, so it was a long-term relationship.

Escaping that toxic environment (as the newspaper industry began its downhill trajectory) was one of the best things that ever happened to me. One of the biggest blessings was having time to be more active at church.

First, I joined the First Baptist knitting club, though I was worse than a beginner and remained so (those ladies were so kind to me!). And then, I applied to become a mentor through our Kids Hope USA program, enlisting Dianna Mercier as my prayer partner.

I had always wanted to be a Big Sister, but working 60 hours a week at all times of the day had made that impossible. I grew up with four bothers, I mean, brothers, so I never had a sister, and I’d forgotten to get married, so I didn’t have any kids of my own.

Many friends and colleagues had told me that I should have been a teacher, but I never saw that in my future. However, I liked the idea of befriending a child and maybe imparting some of my wisdom (!) while playing games and doing schoolwork for an hour a week.

I ended up on a merry-go-round, with three different girls in three years. All three were very different, but each one had a difficult home life that made me realize I didn’t want to be another adult in her life to let her down. Consistency and dependability are crucial traits for a Kids Hope mentor.

The first two girls transferred to other elementary schools after a year. The third was in fifth grade and moved on to middle school. I thought that we would evolve to the community-based model and become a real Big Sister-Little Sister, but her guardian didn’t sign the paperwork.

I didn’t want to drop out of the Kids Hope program, so that fall I was matched with a first-grader named Ra’Shya Lee. I had met her before – taking pictures of new students for a story I was doing on South Knoxville Elementary for the Shopper News. She was adorable and unforgettable.

Ra’Shya and I had no trouble getting to know each other. She was fun and engaging. She was polite, thoughtful, and generous. She came from a home with loving parents and four brothers – just like me!

She was so perfect that I thought they’d made a mistake putting her in the mentoring program. My previous mentees were fighting the odds to get through each day unscathed. Ra’Shya had a great attitude, countless friends, and a stable family. I finally discovered her one obstacle – something that she has worked diligently with teachers, tutors, and (in small part) me – to overcome.

She needed a little help and maybe some extra attention to build her confidence. But she has given me friendship, the knowledge that a young person growing up in troubled times is counting on me, and a sisterhood that is rooted in the fact that we share the same Father and Brother.

She has mostly been a good influence on me. (She likes to stretch our time together past the hour limit, which not all teachers appreciate.) She has also taught me how to make “slime” and introduced me to numerous board games I somehow missed during childhood.

It would have been a challenge to mentor while I was working full time, but I regret letting my career take priority over volunteering. I’ve seen other mentors fit mentoring into their busy schedules, so I know it can be done.

Oh, and my mentee who moved on to middle school? Her guardian eventually did sign the paperwork, so I have a 10th-grader and a fifth-grader to keep me young!

As often stated, God may close a door only to open a window! In Betsy's case, it was a large,
invigorating, and life-changing vista that well extends her life experience beyond the News Sentinel.